Jensen Beach on the Likability or Unlikability of Characters

In the 22nd in a series of posts on 2016 books entered for The Story Prize, Jensen Beach, author of Swallowed by the Cold (Graywolf Press), explores the issue of seemingly unlikable characters in fiction. 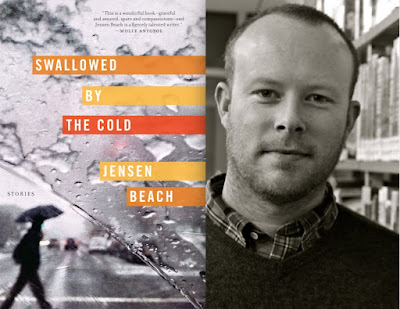 The other day I was talking to my students about “The Dead.” I’m often talking about this story in classes; it’s so good for demonstrating such a wide range of issues related to the construction and analysis of short fiction. Following the discussion, one my students said he disliked the story. Fair enough, I said, you don’t have to like a piece of writing to learn from it. Another student interrupted to ask the first student why he disliked the story. The characters are awful, the first student said. I don’t like Gabriel at all. I guess I agree with this sentiment. Gabriel is pretty awful—selfish, self-aggrandizing, interested primarily in his own social and physical pleasures at the expense of everyone else, his wife in particular. If he wasn’t like this, of course, the end of the story wouldn’t work at all, the story would be less a story than an interesting summary of an evening in Ireland at a particular time with a particular group of people. I explained this to my student and we moved on and I didn’t, to be honest, think much more about whether I liked Gabriel.

Someone recently asked me, after having read “The Apartment,” a story in my new collection, Swallowed by the Cold, whether or not I liked my characters. The story is about a woman named Louise who drinks too much and who is convinced that her new neighbor is the daughter of a former lover. Louise gets drunk and visits this neighbor, a young woman named Sara. It goes without saying that the interaction is somewhat awkward. Louise is obviously in pain; but her actions are odd, off-putting, and render her selfish and deceitful. She’s not as awful as Gabriel, nor is the ending of story centered as forcefully on such a significant self-understanding as Gabriel achieves. Still, I suppose there is something likable about Louise, or if not likable, at least its suggestion, arrived at mainly through our sympathies.

Maybe good characters (if I can make the arrogant assumption here) resist such simple summary? Should they? Is likability, as in attraction, as in appreciation, as in electability or dateability or go-for-a-beer-ability, something the writer should at all concern herself with? What kind of a story would “The Dead” even be if Gabriel, madly in love with his wife, understood and sympathized with poor dead Michael Furey? If he fell asleep thinking how nice and fulfilling it must be for his dear wife to have been loved so much and so purely in her life? What if we liked Gabriel because he was such a good person? At the end of “The Dead” I’d argue we don’t like Gabriel, but we feel for him, we get him. We see his sadness and, if even for just a moment, forget that he has for so long been so blind to the life around him. Maybe there’s something in that that’s likable, because it’s familiar to us.

This impulse to want to like or dislike seems distinctly human, or perhaps distinctly contemporary. Fiction, to reduce somewhat clumsily, is the art of rendering lived experience, so maybe we need to face these impulses. Or maybe, better, we need as writers to understand them, to subvert, challenge, break them. We should be writing characters who may or may not act in ways that are cruel, or slanderous, or kind, but still allow if even a moment for readers to see something of themselves, their own consciousness, their own decision making. A recognition, in other words. And in that recognition there may after all be a complicated kind of likability.
Posted by The Story Prize at 2:39 PM