Serena Crawford's Nine Tips For Authors in Search of Characters

In the 25th in a series of posts on 2016 books entered for The Story Prize, Serena Crawford, author of Here Among Strangers (Lost Horse Press), discusses character. 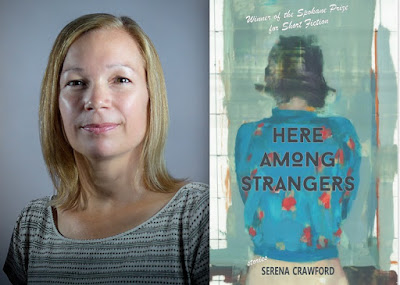 Pick two or three distinctive details about your character, no more. How do these details evolve from scene to scene? Does a cut get infected? A tremor become more pronounced? The development of detail in itself is a story.

Find your character’s voice. When developing a character, try to imagine what she sounds like. Is her laugh a snort or a wheeze? The vividness of a character often lies in his or her noise.

Don’t let your characters munch, or even worse, nosh. Careful word choice strengthens characterization, whereas incongruous word choice pulls the reader out of your story.

Try to have a trait in common with your character. Do you both have a fear of heights? Are you both deaf in one ear? If you can relate to your character on some level, it’s likely your reader can too.

Make sure your character isn’t you in disguise. Autobiography limits the possibilities of a story.

Give your character a desire. Is he desperate to do right by his son? Does she want to tell her husband about a dark time in her past? A character’s desire hooks your reader by raising the stakes of a story. Your reader will want to know how it turns out.

Expect your character to fail. Complex characters need time to come into their own. Don’t be discouraged if this takes several drafts or more.

Let your character surprise you. As the story progresses, and you have a good grasp of your character, allow him to dictate what he will do next. At this point, you relinquish control and the story takes off.
Posted by The Story Prize at 1:42 PM