In the 25th in a series of posts on 2010 short story collections entered for The Story Prize, Gina Frangello, author of Slut Lullabies (Emergency Press), provides her perspective as a writer and editor. 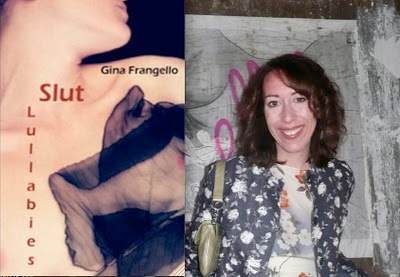 Have you ever written a short story in one sitting and not revised it later?

Generally, the answer any sane writer would give to this is “no,” right?  But I do have an exception: In late 2000, I went for a two-week residency at Ragdale, an artist retreat near Chicago. There I was, in my little garret of a room, with its uncomfortable twin bed and no telephone or—at that time—Internet connection on the premises, and I don’t know if it was that I was so excited at the promise of solitude, or if I was just terrified to stop working because I didn’t know what else to do with myself at Ragdale . . . but I ended up writing one of the stories in Slut Lullabies—“How to Marry a WASP,” in one fell swoop on my first day. Even more strangely, “How to Marry a WASP is actually the longest story, and one of the most structurally complex, in the collection, spanning multiple timelines—and it’s told from the point of view of a gay Latino man, so it was not an “easy” story for me to write!

By the time I was finished, I was crying, and so completely exhausted that I was almost like a shell-shocked vet for the rest of my stay at Ragdale. In the 13 days remaining, I did not produce another written word (although I read quite a few wonderful books, like Coetzee’s Disgrace and Atwood’s The Blind Assassin.)  I had spent everything I had in my on that first day. “How to Marry a WASP” later appeared, unchanged, in Blithe House Quarterly, and also won me an Illinois Arts Council Fellowship the next year, which remains the single largest sum of money I have ever received for a piece of writing. I did finally end up making some revisions before Slut Lullabies came out, but for nearly 10 years, the piece had remained in identical shape to the way it just poured out of me at Ragdale.
What is your writing process like?
Well, as I guess the answer above illustrates, I do tend toward an “all or nothing” approach. I’m a binge writer. When I’m writing, I give it everything I have. I do not spend a rational hour or two, poring over one paragraph and making it perfect and beautiful. I am not measured. I’m more likely to spend ten hours producing many pages, not answering my phone, forgetting to eat, reneging on appointments, and giving myself a backache from a ridiculous failure to stand up out of my chair. I get manic and the people around me seem surreal or illusory, and I only sleep a couple hours a night. I may be like that for a few days, working on a story, or for months on end in the final stages of a novel. Then—as is the case right now—I may not write fiction regularly for six months or even a year, coming down and focusing on other things, both personally and professionally. Part of me has always wanted to be a more “disciplined” writer, with a set routine and a more predictable output of material that correlates to how much actual time is passing, but—like wishing for a good singing voice, or long legs—I’ve had to accept that this is just not who I am.
What kind of research, if any, do you do?
I love research! Not all fiction requires it, but I like it when a longer piece demands at least some. I did extensive research on both Freud and the ballet world for my debut novel, My Sister’s Continent. For the novel I just completed, A Life in Men, I had to do a ton of research on the disease Cystic Fibrosis, as well as on a lot of countries because my protagonist is a traveler. Most of the cities she visits are places I’ve spent extensive time, too, but we weren’t always there in the same time frame so things may have changed politically, and one of her destinations—Bogota—was someplace I had never set foot, so I needed to see it even more clearly, in a way.
What do you think a good short story collection should deliver?
As an editor at Other Voices Books, championing the short story in book form is our prime mission, so I read a lot—lot!—of collections. Very often, I’ll start a manuscript and be blown away by the first story. But then, as I progress, the problem emerges of all the stories striking an almost identical chord: The characters, the situations, the dilemmas and emotions all begin to feel too much the same. Every story in the manuscript may have already been published by a solid literary magazine—but that’s the difference between publishing one story vs. publishing 10 or 12, all between the covers of a book.

A book requires not just range, but also a sense of something cumulative and building, which is extremely difficult to achieve in a collection as opposed to a novel, but just as necessary. Many collections, even by talented writers who are publishing their work regularly, can feel claustrophobic and limited. Short story collections are tricky. I think most writers realize they are harder to pull off than novels. They don’t permit many missteps. They are full of paradoxes, such as being much stronger if there is some kind of over-arching “theme” that contributes to cumulative resonance—and yet the existence of themes making it possible for the stories to feel repetitive.

As an editor, when I hit on a truly outstanding collection, I cannot stop turning the pages. Even though the characters and plot change every fifteen pages or so, still, I’m gripped with the need to know where this is leading, what will happen next. That’s a kind of alchemy and magic that is hard to explain in words, but when you get to the final story in the best collections—such as “The Third and Final Continent” in Lahiri’s Interpreter of Maladies or “Heaven” in Gaitskill’s Bad Behavior, you should be knocked on your ass and feel you have traveled an immense distance with the book.
Posted by The Story Prize at 5:46 AM