Patricia Engel Aims to Strike a Chord with Readers

In the 39th in a series of posts on 2010 short story collections entered for The Story Prize, Patricia Engle, author of Vida (Black Cat), discusses the title story and her influences. 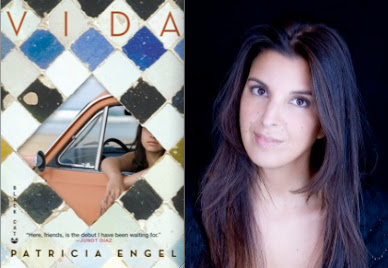 Describe one of the stories in your collection.
The title story of my book, "Vida" is about a small town Colombian beauty queen who is offered a chance to travel to Miami to model and audition for the Latin TV networks but is instead sold by her chaperon to an underground brothel. When Sabina, the narrator of all the stories, meets her, Vida has already escaped the brothel by winning the affection of one of the guards who is now her boyfriend. Vida and Sabina slowly develop a close friendship and ultimately change each other's lives.

I'm often asked if there is a real Vida who I knew in my own life. I never knew this particular Vida other than in my imagination. But I have heard many, many stories of girls (and boys) who are trafficked from South America to the United States, Europe, the Middle East, and Asia and realized that such a deception could just as easily happen to any friend of mine or to me. Hope and faith, after all, can make for easy victims.

In fact I've known many Vidas: women who at some point found themselves in prison-like relationships, who are simply searching for the courage to transcend their existence, men and women who leave one country for another with the dream of a better future, aching for the pride of being able to send money home to their families and instead walk into traps set by those eager to exploit their vulnerability and displacement. I wrote this story for them.

What books made you want to become a writer?
Throughout adolescence there were many books that I loved as if they were members of my own family: Innocent Érendira, The Four-Chambered Heart, The Lover, The Stranger, and Wide Sargasso Sea, to name a few. While these books appealed to different aspects of my curiosity and experience, I never found a book that I felt spoke to the full spectrum of my loneliness, my exile, my conflicts, my desires, my questions about life, and, of course, these variables changed year to year. My goal was to write an honest book in pure language that could evolve with the reader, intimately, like a lifelong friend, regardless of gender, culture, or age, because that is what I most wanted from a book.
Posted by The Story Prize at 9:52 AM