In the 21st in a series of posts on 2017 books entered for The Story Prize, Daisy Johnson, author of Fen (Graywolf Press), discusses her best and worst writing days and how she stays on track. 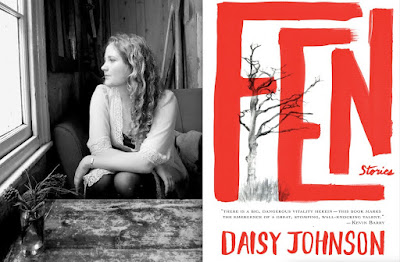 Describe your writing habits.
The answer to this question changes often. Some weeks are dreamy, rushes of productivity at my desk or on the sofa, occasionally meeting writing friends in a local pub with big, empty wooden tables. I write 2,000 or more words a day, finish reading three or four books a week. I read and write from nine in the morning until five in the afternoon. I am a god of writing, I am unstoppable.

Mostly it is not like that. I lounge miserably around the house, empty and reload the dishwasher, watch Netflix, open my favorite books to try and osmosis their power into me. I write, a little, alone in cafes or run along the river trying to summon language. There is a framed sign on my desk that was something I apparently once said and my partner wrote out for me. It reads: I think this book is going to be really fucking good. Writers are needy, self-conscious and whiny. At least half of the day is filled with telling myself: You can do it, you did it already, you can do it again.

It is different for every book and story but mostly I am a catastrophic first drafter. I am a cow-first drafter, plowing it out, oblivious to quality. I am a better, if grumpy, rewriter. Each story in Fen, was rewritten three times at least. Unfortunately, though I had hoped to learn, the same is true of my novel, Everything Under, which was begun from scratch maybe seven times.

Name something by another author that you wish you’d written.
There are so many, but one answer has remained the same since the first time I read it at fifteen. Miss Smilla’s Feeling for Snow,* by Peter Høeg, is one I still reread every couple of years, and it continues to evoke a feeling of awe and jealousy. 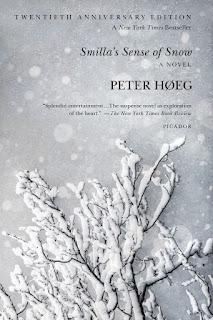 Where does a story begin for you?
Mostly a story for me begins with the idea of something weird, a strangeness in the form of a what if. Stories in Fen began with: what if a girl turned into an eel, what if language physically hurt us when we heard it, what if an albatross came to steal a baby.

How do you know when a story is finished?
A story is never finished but I’ve started to come to recognize the feeling of utter nausea that comes from looking at something a final time. That doesn’t mean that I won’t return to it at a later date, do another read through, but if you know the opening and closing words off by heart it’s time to give it a break.

How do you get yourself back on track when your writing isn’t going well?
You’ve caught me on the right day to answer this question. I’m 80,000 words into a new novel and it was going swimmingly until yesterday. The trick—which I do not always follow—is to change scene and to work on something else. I always have a couple of new short story ideas to jump into. I was happy to remember I needed to answer these questions. If that fails, then reading is always a good way to get your head back into the game.

Describe a physical, mental, or spiritual practice that helps put you in a suitable state of mind to write.
It’s too easy to think of writing as a magic that will happen only when the perfect state is achieved. That’s a sure fire way to make sure no writing happens. I write wherever I am, and I try to write however I’m feeling. Running helps, as does not having a stinking hangover. I like having days off to build the anticipation, but mostly what helps is to think that the only way to do it is just to write. Even if what you’re writing is rubbish and won’t make it past the second draft. Don’t worry about the rest of the stuff. Cut out the noise. Write as fast as you can.

*Published in the U.S. as Smilla's Sense of Snow.
Posted by The Story Prize at 11:19 AM