Lee Conell on Spotting the Extraordinary Among the Ordinary

In the 26th in a series of posts on 2017 books entered for The Story Prize, Lee Conell, author of Subcortical (Johns Hopkins University Press), describes some formative influences. 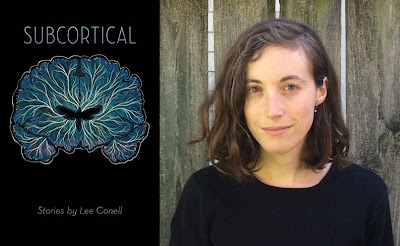 What influenced you to become a writer?
My father is a building superintendent and my room was right next to his answering machine—so I was often waking up to messages left by tenants. Sometimes, when I couldn’t get back to sleep, I began to tell little stories or to try to imagine myself into the scene behind the tenants’ calls. I am still trying to write about the scenes behind some of these calls, and about the class tensions I witnessed or was part of in that upbringing. A sense of going behind the scenes, not just in an apartment but in someone’s mind, had a definite influence on my interest in writing and storytelling.

City buses also played a role. On long bus rides, my mother would try to keep me entertained by asking me to look out the window and rank on a one-to-ten scale the weird things we would inevitably see on New York City’s streets. I have to believe that identifying the extraordinary in what seems ordinary has something to do with my becoming a writer. I also read a lot on mass transit, although most of the books I was reading (and, yes, rereading) were not short story collections but the YA science fiction series Animorphs. I was really into animals and aliens. 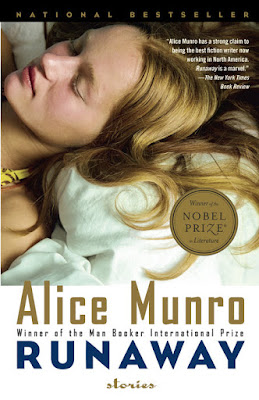 I didn’t really try to write short stories until a boyfriend’s aunt gifted me a brand new copy of Alice Munro’s Runaway. I hadn’t heard of Munro and I definitely hadn’t read many contemporary short stories—but I remember being blown away by all the scope a Munro story could cover, how it felt in some way like riding in an elevator that moved in all directions. Then I became more interested in the short story and discovered writers like Grace Paley, Lorrie Moore, Junot Díaz, George Saunders. I realized that inside a story you could be so funny and so moving and so weird (on a one-to-ten scale, a story could sometimes be a ten in weirdness). I wanted to try that.

Name something by another author that you wish you’d written.
Since it’s around Halloween, I’ve been thinking a lot about Mavis Gallant and her fantastic story “From the Fifteenth District,” where the dead complain about the ways the living keep haunting them. It’s among my favorite ghost stories and the concept is one of those deceptively simple why-didn’t-I-ever-think-of-that ideas (although I’d imagine it seems that way in part because of how well Gallant pulls it off).

How do you get yourself back on track when your writing isn’t going well?
Taking a walk is the best. There’s something about the rhythm of walking that connects to the rhythm of writing for me. But about fifty percent of the time I’m too lazy to put on shoes. I know this will sound made up, but I’ve actually found reading television recaps oddly helpful in terms of getting back on track. Sometimes I’ll even read recaps for shows I don’t watch. It almost feels like backing away from a pool before you take a running start and dive in. Backing away from the difficulty of a scene I’m writing by reading something fun and sharp and analytical and sometimes goofy, but that is also—at least on the surface—pretty detached from the fictional world of my story, has proven helpful. When I return to the story, I know the narrative cadences are probably coming from my characters themselves and not from whatever I read last because, well, what I read last was a recap of a television show. Of course, sometimes this backfires and I end up down a serious Internet rabbit hole, but usually if that occurs I feel guilty enough to return to the story. This is probably not the most efficient way to get back on track. I should really just try to go with the walk taking.
Posted by The Story Prize at 8:50 AM