Josh Weil and the Scent of Sagebrush

In the 19th in a series of posts on 2017 books entered for The Story Prize, Josh Weil, author of The Age of Perpetual Light (Grove Press), talks how his parents, books, reading aloud, and a high school teacher led him to become a writer. 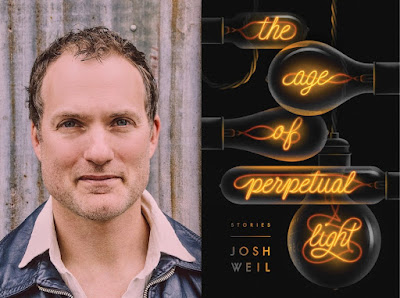 What influenced you to become a writer?

First there were my mother’s stories: She told them to my brother and me while sitting in the hall between our bedrooms’ open doors. She was a good storyteller; she read good books. And expected the same of me. As a pre-teen I read some of what you’d expect—Jack London, Robert Newton Peck, books about dogs and boys—but my mother never imagined that I could only read work written specifically for kids, never assumed that I would only relate to a protagonist my own age, so I grew up also reading what I pulled from her bookshelves—complex, classic stuff: Hemingway, Steinbeck, Shakespeare—and I suspect there was no more important influence than that, those early experiences with getting swept up in story that formed for me the sense of what a good story was. 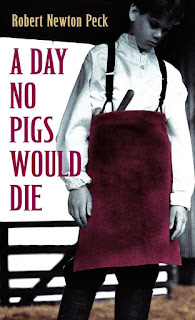 Of course, I was influenced by less literary authors, too, but they were always damn good storytellers: Leon Uris, say, or Frederick Forsyth. Often, I’d fall most deeply for books I read aloud to my father and brother on car trips we took each summer: a month or more in my Dad’s green Mazda station wagon, driving from research station to research station, his work as an agronomist guiding us all around the country. We’d read books gripping enough to make the miles roll by, to make us crack them open again in the tent at night. So I experienced in a communal way the power of story (I still remember reading A Day No Pigs Would Die aloud to my father, both of us crying so hard he had to pull over to the shoulder). There was the shared experience, the comfort of falling into a world alongside family, but at the same time that singular and solitary co-creation that a book requires from the reader—the need to imagine aspects of it, make it your own—struck me more powerfully than anything else. Long after we’d shut the book, I’d carry it with me, lying awake in the tent, or staring out the car window, seeing the characters in details not taken from any book, constructing new scenes that might take the story somewhere else.

Until I began writing my own stories down. The first was a western, a melodrama about a man named Buck: He’d knifed a guy in a bar fight (it wasn’t his fault!) and fled, a posse hot on his heels, only to be caught and hung till dead from a cottonwood. I was twelve and I’d just read The Oxbow Incident­ and it was haunting me (it still does) and I guess that’s why I was drawn to the tragic stuff (and still am), because it haunts you, makes you feel things you wouldn’t want to have to in reality, lets you know the corners of your heart you otherwise might not, gives you a more full experience of life.

Still, it wasn’t a book that turned me irrevocably toward life as a writer. It was a high school English teacher, tall and thin, his name lost to me, a massive blond beard all I can remember of his face. I don’t remember the assignment he gave us either, only how it felt when he pulled me aside after class one day and told me that the scene I’d written had moved him, that he wished that I’d write more. Such a wondrous thing. (I still find it humbling when a reader tells me something sprung from my imaginings has somehow touched them.) That night I went home, went to work. The scene became a chapter, the chapter a novel. Another western: The Scent of Sagebrush. Cue the harmonicas, the jangling spurs! Now I smile, but at seventeen it was the most serious thing I’d found in life. Every night, after I’d finished my homework, I’d bang out pages, more engaged than I’d been all day, existing in that fictional world until it became, for me, more real, more present, than the one everyone else could see. By the time I graduated, the book was done. By the time the summer was over, I’d written a second one. How, after experiencing such a thing, could I not go back in, and in, and in, trying each time—as I’m still trying, some twenty five years later—to transfer what I found inside my mind into words on a page, to work just well enough to somehow bring a little of that feeling back.
Posted by The Story Prize at 9:00 AM