Terry Griggs on the Little and the Large

In the 25th in a series of posts on 2017 books entered for The Story Prize, Terry Griggs, author of The Discovery of Honey (Biblioasis), contemplates islands and stories. 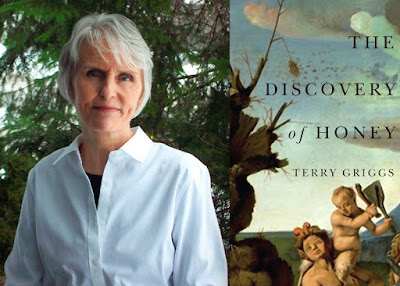 I’ve been thinking about adjectives—well, two in particular—and wondering if they’ve influenced my writing preferences. These two are nothing grand or splashy. No, they’re the everyday, serviceable kind—useful, but unremarkable: little and large.

It so happens that I grew up in a small town, Little Current, on a large island in Lake Huron. This island, Manitoulin, is said to be the largest freshwater island in the world, with the exception of one in the Amazon River, which is sometimes larger on account of silt accumulation and possibly magic realism. As you may imagine, living on an island, no matter how large, provides a kind of formal constraint not unlike that of a short story. And not unlike a short story, an island comes with a vista. It’s enclosed, but not limited. The format encourages a larger outlook. The less-is-more thing. As William Trevor says, a short story is “essential art. Its strength lies in what it leaves out just as much as what it puts in.” And, “It is concerned with the total exclusion of meaninglessness.”

I’ve written novels, and books for kids (little ones with big imaginations), but being no sprawler nor wanderer, definitely nothing that might be defined as a verbal landmass. My preference is for something concise, yet expansive. A far-fetching that teases largesse out of the seemingly insignificant. Something trim in girth, yet rich in its implications. A compelling, if circumscribed, geography of words, lapped by waters cold and dark and mysterious. Stories, yes.
Posted by The Story Prize at 12:44 PM