In the 46th in a series of posts on 2011 short story collections entered for The Story Prize, Anne Leigh Parrish, author of All the Roads That Lead From Home (Press 53), describes how she works and who has influenced her writing. 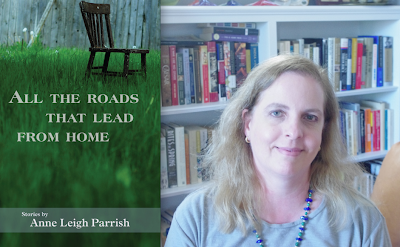 Which story in your collection required the most drafts or posed the most technical problems?
Without a doubt, the lead story, "Surrogate." I had this idea of a house split in half – into two apartments, that share a common wall and basement. One half is occupied by a couple. The wife is grieving for her dead father. A neighbor moves in, an old man. He's a widower. What connects them is the piano on his side of the apartment. He's a retired music teacher, and the piano had belonged to the young woman's father. It was on her side until she couldn't stand seeing it every day, and moved it next door. She waits for the tenant to lift the lid and play. When he finally does, she feels a needed release. In time I changed it all around so that the woman's grief was for a lost child, and the surrogate wasn't an old man at a piano, but a little girl with a fiery spirit and a lawn ornament, a crude Madonna, about three or four feet tall, which the little girl breaks by accident. I thought that was more immediate and plausible than the original idea.

What is your writing process like?
The starting point for me is the moment of revelation – the big reveal, if you will. What is that moment about? And whom does it involve? Next, I like to focus on setting – a house, a rocky island, a road running through an overgrown field of grass. Characters come next, their peculiar traits and failings, what makes them charming, sweet, or infuriating. Many of my stories are between two people—spouses, lovers, a parent and her child. That balance and tension drives the plot, whatever it may be. After I think I have a fairly solid piece, I put it away long enough to come back with fresh eyes, ready to edit and uncover what I really need to get in front of the reader for maximum impact.

What do you think a short story collection should deliver? 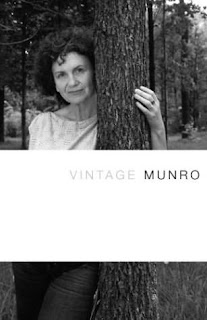 A broad spectrum of mood and sensibility. And a variety of settings and situations. I refer always to Alice Munro, who can give us an old farm wife or a young woman who's lost her children. She writes in the present day, a generation ago, or even further back, to World War I. Her characters are schemers, losers, silent sufferers, doggedly loyal spouses and siblings, or slippery, sketchy people out for personal gain. She gives us rural Canada with its small-town mores, or the perversions of wealthy city-dwellers. She weaves important social issues like abortion, adultery, and abuse through ordinary lives that have gone terribly awry. I think she's fabulous, and wish to follow firmly in her footsteps.

Have you ever written a short story in one sitting and not revised it later?
Yes. Many years ago I wrote what I consider to be my "break-out" story – the first one where I thought I really sounded like myself. It was called "Among The Trees," about a young woman consumed by an anxious depression that causes her to overspend on her credit cards and conceal the fact from her husband. There was a lot of black humor in it, despite its rather heavy nature, and I actually laughed aloud while writing it. It never found a publisher, but it did get some attention, particularly from Mike Curtis, Fiction Editor at The Atlantic, which may have kept him interested in reading more of my work over time.

Have you had a mentor and who was it?
Mike Curtis at The Atlantic read everything I wrote over an eight-year period. I'm afraid I truly taxed his patience! Yet he was always even-tempered, pleasant, and to the point. In one paragraph he could identify where my story succeeded, and more often than not, where it fell short. I learned a great deal from him. He was good enough to write a back-cover blurb for my first collection, All The Roads That Lead From Home.

What was the longest narrative time period you've ever contained in a short story?
I covered one woman's life from a very young age to when she's roughly middle-aged. This required the action to jump ahead at certain points, condensing years into a line or two. The story ran around fifty-two hundred words, which I think is about right for a project like that. Anything much shorter would have been awkward, and possible lost the thread altogether.
Posted by The Story Prize at 5:24 AM