Sabina Murray: Why the Short Story Should Stand Tall

In the 42nd in a series of posts on 2011 short story collections entered for The Story Prize, Sabina Murray, author of Tales of the New World (Black Cat), compares short stories and chapters of novels. 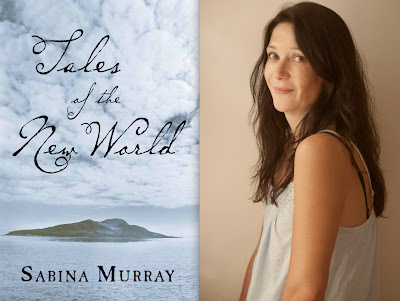 The short story is a maligned form. Readers distrust it. Editors fear it. Reviewers ignore it. And writers, well, there is nowhere to hide in a short story, nowhere that a writer’s weakness is as exposed, so when the short story comes together and executes its promise, writers adore it. Otherwise, the short story can seem like the quippy, less ambitious relation of the novel. Of course, there are people who have built their reputation on the short story, people like Grace Paley and Alice Munro, so why is the short story seen to come up, so, well, short? One explanation is that the short story is held to the same standards as the novel—and how could a short story equal the breadth and depth of a novel? The truth of the matter is that most writers conceive of their short stories as part of a book, although the story has the added capacity to stand on its own. Novels in short stories come out of this—thematic linkage seems to imply a novel to some people, as if a novel is the only way that collected short stories can achieve the prestige of books. And of course there are short stories that explore the same characters, which is the most typical scenario of a “novel in short stories.” But it’s still not a novel. It’s a collection of short stories with a limited cast, and why would it aspire to anything else?

I am a writer who admires the power and articulateness of the short story, and I write books. Tales of The New World is a book all about explorers. There is no eponymous story in Tales. I think of the book as a map of cultural-encounter history, much as I think of my last collection of short stories, The Caprices, as a map of the Pacific Campaign of WWII. These stories are brought together in an obvious thematic way, but I believe that all collections of short stories create a wholeness, even when bundled long after their original publication. The Penguin classic of some of Chekhov’s later work, The Lady with the Little Dog and Other Stories, 1896-1904, is a fine and deep exercise in human psychology and, like a sparrow trapped in a tent, manages to frantically touch every limit of what it is to be human. I imagine my uncollected stories in the various files, drawers, and boxes of my house yearning to each other like metal filings to a magnet: if they could, they would say, “Put us in a book.”

Also, fiction in general stands on the shoulders of people who—as is often the case—were most inventive and wild in their short fiction, people like Hawthorne, Conrad, Paul Bowles, and Flannery O’Connor. Their stories caused tremendous spikes in the evolution of fiction. And there are the greats who paid attention to the short form and left some lasting impressions there, people like Joyce and Beckett, James, and Melville. So why isn’t short fiction given the critical attention of the novel? We can blame publishers because that’s where we see art and money come together: a bad marriage, no doubt. But money puts some power in the hands of the consumer, so if short stories were the hot ticket items, the tables at major bookstores would be lousy with them. Clearly, there is no good reason.

If there were reason, or simply justice, the short story would be the apex of fictional derring-do. If there were justice, effort would be recognized. For if labor expended equals accomplishment, my short-story books would win over all my novels. To close, if work is something that daunts you, steer clear of short fiction: The novel is a much kinder taskmaster.
Posted by The Story Prize at 1:18 PM