Adam Prince and the Myth of Inspiration


In the 23rd in a series of posts on 2012 short story collections entered for The Story Prize, Adam Prince, author of The Beautiful Wishes of Ugly Men (Black Lawrence Press), gets serious about writing. 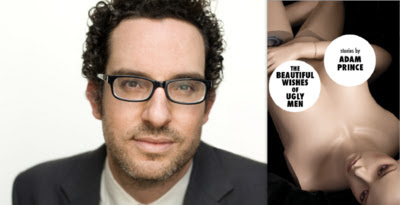 What's the longest time it has taken you to write a story?
“Island of the Lost Boys” took me three or four years. I’d like to tell you that there were a lot of other writing projects I was working on in the meantime, but really, there weren’t. I think somehow I just picked up that story at the wrong end. So by the time I got done revising it, there wasn’t a single sentence, not a single character from the original draft. Only the setting and some of the thematic interests remained.

Another reason that story took so long was that I was trying to figure out some essential elements about my craft through writing it. I was trying to handle multiple time lines, yes, but I was also trying to work with more subtlety. The stories that I wrote before that are more overtly funny, more overtly quirky. With “Island,” I wanted to fold those elements into what ends up being a very serious, searching story. And then, of course, I felt like it was so important to tell Ted’s story in a way that was fair to him. And it took a lot of time to really get to know him.

Still, when I finished that story, I knew I had something, knew I’d really advanced in my writing. And I think it’s no coincidence that this is also the story in the collection that I’m the proudest of. It’s not one I do at readings, and, honestly, very few people who have read the collection have pointed it out as their favorite. Still, to my mind, it’s the best.

What's the shortest time it has taken you to write a story?
There are three pieces of first-person flash fiction that started out as poetry, and those came very quickly, but I don’t think that’s quite a fair comparison. The full-length story that came the quickest was “A. Roolette? A. Roolette?” It started out as a 6-page exercise. I wrote it in about a week and forgot about it. A year or two later, I needed to turn in something for workshop and didn’t really have anything ready. I’d always been someone who turned in work that was as good as I could get it, partly because I wanted to impress everybody, and partly because I think that the workshop serves us best when we have taken a story as far as we can take it ourselves. But I’d been finishing up several other stories and just didn’t have the time. So I pulled out this exercise, tinkered with it for a week and submitted it, thinking everyone would think me a lazy phony. But they loved it. I was so surprised—partly because all the rest of my work had involved so much more labor and partly because I couldn’t quite explain why they liked it so much. In some ways, I still can’t.

Many of the decisions I made in this revision were largely intuitive, made without any real deliberation. For instance, writing the story in the first person plural. It just seemed to fit. I didn’t think about it much because I didn’t have time to. Of course, I still put a lot of time into the story after that workshop, but all of the elements were already in place.

Where do you find inspiration?
Inspiration is just an excuse to drink too much whisky. Yes, I often have those sudden “a-ha” moments, and sometimes they happen at a bar, or while I’m stuck in traffic or falling asleep. But they don’t actually come from drinking or traffic or sleep. They come from a lot of work. I’ll be going over and over a problem in the writing, and then, in a moment of relaxation, the answer appears. You can’t produce great writing through drinking or road trips or yoga or juice cleansing any more that you can learn to snowboard by playing the kazoo. These things might be a great relaxation, and that’s wonderful, but I don’t think it does any good to fool yourself.

I think inspiration is largely a myth. It’s tied to the myth of talent, which makes writers seem like we’re special people, sage-types who channel the infinite. Of course, I’m flattered when people tell me I’m talented, but I don’t really believe it. When I started writing, my work was terrible: overintellectual, overdramatic, unclear, pompous, abstract . . . And more than anything resembling talent, what I had going for me was a great interest in writing and an even greater fear of failure. I was bad, but I was willing to work really hard to get good. So when my students turn in a story that doesn’t go over too well in workshop, I tell them not to worry—that my own writing was much, much worse.
Posted by The Story Prize at 8:24 PM