In the 31st in a series of posts on 2013 books entered for The Story Prize, Ranbir Singh Sidhu, author of Good Indian Girls (Soft Skull Press), contrasts readers' perceptions with authors' intentions. 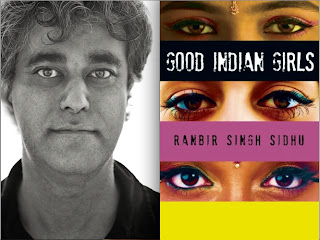 In an interview recently, I was asked what it was I hoped people took away from my collection of stories, Good Indian Girls. I explained that I didn’t believe it was my place to have any idea what readers will take away from my fiction. That’s the work of the reader, and all that he or she brings to the story, their attention and interest, and their own ability to respond emotionally or not. Once the story is finished, it really is out of my hands.

It was an approach I used when I used to teach literature, and I found it especially important with students from more difficult, and less rich in terms of what we call high culture, backgrounds. I thought then it was important for them to be able to look at a story, whoever it was about, from whatever background the characters came—high, low, the other side of the moon!—and be able to claim their own place in that narrative, to read that story in the way they wanted to, in a way that responded more directly to their needs.

This isn’t to say that any given author doesn’t have intentions, or shouldn’t have, or that literature should be read just any which way the reader that day feels. But really good stories, in their great richness, offer so many levels of meaning, and I knew that to get to those deeper and more complex meanings, I first of all had to get my students engaged with the story itself. But equally significantly, I wanted my students to be able to see themselves outside their own immediate situation and to learn to project themselves empathically into the lives of very different people.

One of the great social values of literature, after all, is this extraordinary ability it has to place us firmly inside the body and mind of someone who is most definitely not us, someone who in real life we might dislike or even despise, yet leaves us, when done well, with a deep sense of sympathy and understanding for their actions.

My own book, Good Indian Girls, consists of stories that primarily feature Indian American characters in some often quite difficult situations, and these are situations and stories not typically encountered in much of the fiction out there these days that deals with India or Indians living in the Diaspora. As a book, I hope it expands the terrain of what is horribly termed immigrant fiction, and that it gives more space to other writers to look farther afield for their subjects, and for readers, especially Indian American readers, to find in them depicted a broader and richer canvas of their emotions.

In presenting deeply conflicted characters, and sometimes unpleasant characters, I guess, in hindsight, I was looking for ways to broaden the emotional landscape of much of so-called contemporary Indian American fiction—though perhaps more accurately I was reacting to what felt like a strangled emotional territory. And also to make, in my own small way, a larger claim on the universality of experience, and that it doesn’t have to born out of exhausted tropes— the newly arrived immigrant, the clash of cultures, the relatively narrow emotional bandwidth of adapting to American middle class life.
Posted by The Story Prize at 9:02 AM