Greg Jackson Asks: Does Literature Have a Political Responsibility?

In the 30th in a series of posts on 2016 books entered for The Story Prize, Greg Jackson, author of Prodigals (Farrar, Straus and Giroux), explores the relationship between implicitly and explicitly political writing. 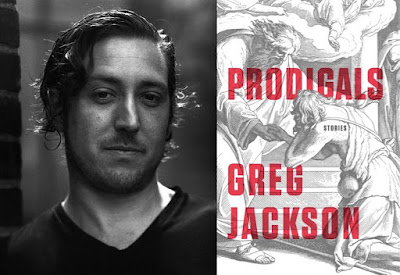 When this past summer Aleksandar Hemon explained his decision not to sign a letter by 450 prominent writers denouncing Donald Trump’s candidacy, he noted how rare it is these days for literary authors to make political news and how few books published—or published to acclaim—in the past decade of U.S. fiction endeavor to address the culture, climate, or explicit actions that have defined our political era of terminal partisanship, terminal vacuity, and interminable war. Of course an argument can be made that all literature, in what sphere of human life it illuminates and what human qualities it dignifies or indicts, takes a political stand. Very little art aspires to moral dispassion, and that which does ends up making one of the most strident moral claims of all, since art’s value, when it is good, so deeply refutes our culture’s presiding schemata of worth that its deepest political message will always be its very existence and endurance, the category of value and sanctity it keeps alive—and unrepentant art-for-art’s-sake most of all.

Must we be in the business of judging who is the more political writer between Don DeLillo and Alice Munro, Grace Paley and Ann Beattie, to take Hemon’s point? There is a difference between a book’s being political and its taking politics as its subject, and today the decided preference is for eschewing the subject itself in favor of the tacit understanding that to write fiction from a place of moral feeling is tantamount to expressing a politics. The personal is political—no less when the personal is fictional—and indeed we have had no great shortage of books dealing with our recent wars, the legacy of racial injustice, the marginalization of women, the trials and ordeals of immigrants, our divisions across lines of class and geography, our insults to the environment, the iniquities of high finance, and the terms of political belief in private life.

I say this, and still I agree with Hemon, on balance, because it is my sense that within the generous, humanistic notion that literature committed to the moral struggle of the individual soul can be just as political as the social panoramas we owe to Conrad, Tolstoy, Eliot, and Stendhal lives a contemporary belief that political art is distasteful. I feel it myself, a faint apprehension, aversion, or fatigue when I encounter the term. In an interview with Hemon for On the Media Bob Garfield remarked, “One could make the argument that if you want a formula for writing a crappy novel make it explicitly political. Society may be served by political fiction, but I’m not sure fiction is served by it.”

But again, what does “explicitly political” mean? Does it mean politics as a subject or politics as an agenda? I doubt any serious reader or writer of fiction thinks the rigors and joys of literature cooperate with partisan advocacy, or that some cod-liver-oil class of fiction exists that serves society but not art itself. Hemon clarifies his position: Writers respond to the political era, he says, “not to correct or to pontificate but rather to create a space to understand what happened to us . . . Fiction allows for conversations that cannot quite be had in public space defined by the media or social media.” And when you look at the celebrated fiction of the last decade—this is Hemon’s point—you get little, if any, sense of the nation’s political life in this period. Among the community of writers, as demonstrated by the anti Trump letter, a political consensus (and a consensus that writers have a political responsibility) obtains. Among its books, this consciousness and passion seem strangely absent. The letter Hemon wrote in response seems to call out a bad faith, a desire to use the prestige of one’s artistic career to take a political stand but not to use one’s art to elaborate and animate the point.

Explanations of course abound. Writers write what they know and find interesting; readers read for pleasure; publishers publish what they believe will sell. The fervency of online opinion meanwhile makes the expression of moral nuance and complexity more thankless than ever these days. And yet we need fiction that engages our politics, since what art does address it consigns to the realm of familiar, abbreviated, and public truth. For all that may be stacked against this effort I see mainly literature’s failure to rise to the challenge. The best political fiction—Paley, Sebald, Faulkner, Bolaño, Eisenberg, Saunders—after all knits its message foremost and most deeply in the spirit of the work itself, in its mischief, good humor, humility, and grace. It is a mistake to believe that political art must be off putting, dead on arrival, preachy, or lame. On the contrary none has succeeded while indulging the temptation to righteousness or sanctimony, and great political art exists all the same.

The absence of politics from this era’s literature—if the premise holds—to my mind reflects a growing loss of faith in the power of art itself, its potential not only to evoke, inspire, and represent, but its more fundamental capacity to transcend the cramped emotional and intellectual spaces in which the prejudices of the moment take shape. Political art does not advance a politics so much as it helps us understand ourselves politically, and it reminds us in its sensibility of the true scope of political, and human, possibility. There is a yawning gulf between moralism and moral discourse. One insists on a morality, one helps us discover our moral selves. No one wants to be told what to think. No one wants to be judged. We are in danger in this country, and on the left no less than the right, of mistaking the expression of a point of view for commitment to its values. And from there the line quickly blurs between what is truly ennobled and what is merely personally, politically, or professionally convenient.

Art stakes both its value and its status as art on a certain marginality. What is immediately well liked and widely popular has probably forgone saying anything that is hard to hear. What merely repeats the agreements of the present, or helps us float away from their compromises and snares, by definition does not move us forward. Have we grown timid or complacent? Or is the premise faulty? I wonder whether writers are taking the risks they once did, whether the risk-takers are being punished or rewarded, and why; and I wonder about the absence of politics in our literature that Hemon noted, whether it exists, in fact, and what it says about the taste of readers, writers, publishers, and editors. What I am fairly sure of is this: Art reaches its ideal when it allows privacies to whisper to one another in public, when it gives society a place to announce the evolving truth of conscience, and a vessel by which to ferry this truth past the dismal hazards of censure, ridicule, posturing, and fashionable thought. We have been fortunate in the U.S. mostly to avoid the suppression of the speech so common the world over, but explicit repression is not the only means of disempowering speech, as we know. The first step is to stop taking its power seriously enough.
Posted by The Story Prize at 2:51 PM