Robert Oldshue on the Probable Improbable in Fiction

In the 33rd in a series of posts on 2016 books entered for The Story Prize, Robert Oldshue, author of November Storm (University of Iowa Press), contemplates Aristotle's Poetics and America's politics. 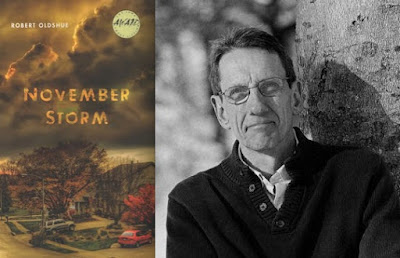 After many years of quoting Aristotle’s Poetics, I decided, one weekend, to read it. I’m writing a novel in which a character acts in a way that he, probably, can’t, and, after two hundred some pages, I was worried. I wanted to reassure myself that Aristotle had classified dramatic action as Probable, Improbable, and Impossible and had decided, when he was finished, that the best plots made the Impossible seem Possible.

Here’s what he actually said:


It is Homer who has chiefly taught other poets the art of telling lies skillfully. The secret of it lies in a fallacy, For, assuming that if one thing is or becomes, a second is or becomes... the mind, knowing the second to be true, falsely infers the truth of the first. There is an example of this in the Bath Scene of the Odyssey.

Accordingly, the poet should prefer probable impossibilities to improbable possibilities.

My first surprise, of course, was that politicians study Homer.  Proving an idea, not by proving it, but by proving the next idea and claiming that both have been proven is, for candidates, standard procedure. My second surprise was that Aristotle’s much quoted statement is, most often, quoted wrong. Specifically, he was telling writers how to distract the audience from a plot’s failings, he wasn’t telling them how to identify a plot that’s workable. 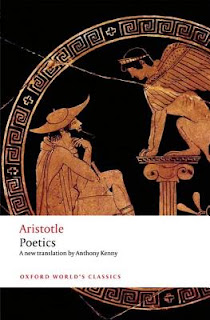 Can Aristotle’s classification be expanded?

Consider Donald Trump’s plan to build a wall with Mexico and to have the Mexicans pay for it. If, when you heard it, you thought it an attempt to make the Impossible seem Probable, you dismissed it and him. “He’s a nut,” you said and moved on. Similarly, if you thought Hillary Clinton’s speeches long on details and short on vision, you worried that she was making the Probable look, merely, Probable, which, as a strategy, was safe, but wouldn’t fire up her base. To engage people, Clinton’s staff advised her to make more promises and Trump’s staff advised him to make fewer.

If that example’s too painful, consider a magic show.

As with fiction, the audience is told that it will be tricked and, in order to be entertained, they agree. If the magician, then, says that the trick will be to pour the water in a pitcher into an empty glass until the glass is full, the audience, faced with the Probable Probable, will get up and leave. If the magician says, instead, that his or her heart, still beating, will be removed and, then, replaced by an assistant, the audience, faced with someone who thinks the Impossible is, not only, Possible, but Probable, will get up and, in this case, run. The audience doesn’t know if the magician with follow through on this promise, but it doesn’t want to find out.

Now, imagine that the magician says that the trick will be to make a small animal or bird appear from an appropriately sized hat or to name a card that someone across the room is holding or to, somehow, name the holder.

The audience knows, as it did, that it’s a trick, but the audience, now, is neither bored nor frightened. If, in addition, the magician finds a way to reassure them, early on, that he or she is skilled and respects their time and attention, they’re as engaged as they would be if someone told them a story about a whale that attacked a whaling ship or a man who made a fortune so he could buy a long, lost love. Neither Moby Dick nor the Great Gatsby have plots that are Probable, but neither are their plots Impossible. They are Improbable. They can, with the help of a Melville or a Fitzgerald, glimmer with that attention-grabbing mix of stability and instability created when a writer or a politician makes the Improbable seem Probable and, in so doing, makes a reader, or a voter, believe.

So where does this leave me?

In my novel, a schizophrenic occasionally says and does things that are sane. Is my plot Probable? No. But is it Impossible? No. It’s Improbable, and, with work, can be made Probable. Rather than abandoning my plot, I need to embrace it. I’m exactly where a novelist or a politician (or Aristotle’s poet) should be.
Posted by The Story Prize at 9:30 AM