Louise Ermelino on the Mystery of Becoming a Writer

In the 42nd in a series of posts on 2016 books entered for The Story Prize, Louise Ermelino, author of Malafemmena (Sarabande Books), ponders how she got to where she is. 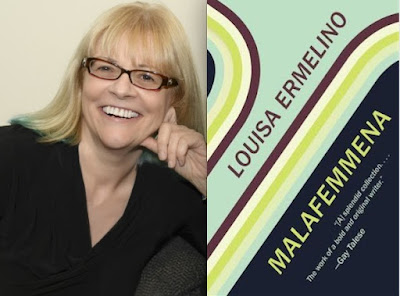 I don’t know why I write. I grew up in a blue collar neighborhood with a strong oral tradition, but writing?? I had no idea it was a profession. Art was not a big part of my world and while the nun in grammar school who taught music would take us to the opera and the ballet once a year, we remained a bunch of ungrateful urchins.

I did write a novel when I was ten years old, about a Russian girl who wanted to be a ballerina but her father disapproved so she would dance secretly in the barn. Where did that come from? The only thing I knew about Russia (besides the ballerina association) was that we prayed for its conversion at the end of every Mass.

No one paid any attention to my writing at home and certainly no one read my Russian novel… I like to say I was raised with benign neglect which I view as a great blessing. But my father did buy me a pink Smith Corona portable typewriter (which is what I wrote the novel on).

Did I ask for it? Did he think it would give me a head start on a secretarial job? He also taught me how to balance a checkbook and do accounts. Did he think I might be a bookkeeper like Cher in Moonstruck?

If I had any thoughts early on of being a writer, they were stamped down when I was put into the dumb English class at Syracuse University, although I did write a Herman Hesse rip off short story for a German class. I just don’t know. But I know why I write now: because I love to tell a story; I love to see a blank page fill up with words; I love to hold a finished book in my hands; and this last book for Sarabande, Malafemmena, made me fall in love again with short stories.
Posted by The Story Prize at 10:00 AM