Dana Fitz Gale on Writing Into the Unknown

In the 56th in a series of posts on 2016 books entered for The Story Prize, Dana Fitz Gale, author of Spells for Victory and Courage (Brighthorse Books), explores the difficulty of creating a story based on a tragic event. 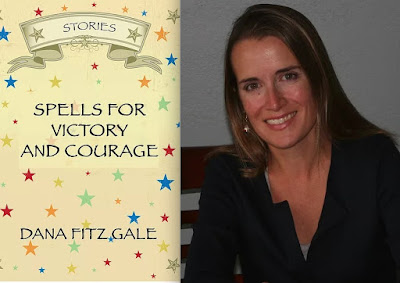 When it comes to writing, I have never had much faith in rules. I doubt whether any lasting art was ever made by following a set of guidelines. In terms of fiction, I think the very worst, the dreariest and most destructive rule is also one of the most cited ones: “Write what you know.”

On the surface, it sounds practical enough. It's easy and convenient to write what you know, to stick to topics that feel cozily familiar. Writing fiction about what you know is safe; it requires no research, no forays into the domains of doubt and ambiguity, no death-defying trapeze acts of the imagination. And this, in a nutshell, is what's wrong with writing what you know.

One of the stories in my collection, Spells for Victory and Courage is a piece called "Canoe." It's fiction, but it was inspired by a real-life event. About fifteen years ago, there was a river accident in Montana involving a tourist family with two young boys, ages three and five. At the time, I had recently completed river rescue training and raft guide school. I was spending all my free hours on Montana rivers, so the accident felt disturbingly close to home. Long after it had vanished from the news, I was still contemplating it. In fact, I could not keep it from my thoughts.

Many years later, when I had two sons of my own, ages three and five, the incident came back to haunt me, once again. I decided that my odd obsession with this past event meant I should turn it into fiction, use it as material for a story. It would be easy, I believed, since I'd be writing what I knew. As the mother of young boys, a lover of rivers, and a Montana resident, I was more or less an expert on what happened.

Despite my knowledge, my attempts to write the story kept on failing. I wrote several drafts from the mother's point of view. I knew how torn she was between her wish to let her children have adventures and her instinct to protect them, at all costs. I knew exactly how she felt, and yet the story wouldn't work. I tried the father's point of view. I knew him too. His yearning for wild places, his desire to give his children the experiences he'd craved, as a child. I knew his good intentions, undermined by bad advice and a simple lack of information. It was not his fault that he had grown up where the waterways were slow and wide and relatively warm. I knew these things.

I knew my characters and subject matter inside out. Yet the story fell flat, every time. It failed because the true story was not about the things I knew. Like a trout haunting the depths of a cold river, the truth was lurking in the shadow of my ignorance.

What I didn't know was why certain Montanans had given these poor tourists bad advice, why they'd assured the father it was safe to canoe the glacial river at the height of spring runoff. Considering that there were two young children on the trip, this deed seemed unimaginably evil. I could not imagine what would make a person do such a malicious thing. I didn't want to know, and yet I had no choice. The only way to write the story, I finally realized, was to plunge into the fog, to write the thing I genuinely didn’t know.

So if I still believed in rules, perhaps I'd suggest a few new ones:

Instead of writing what you know, write curiosity. Write doubt. Write what your parents never told you, what you never learned in school. Write your own blind spots. Write what keeps you up at night. Write the flickering shapes that hover at the edges of your vision and then vanish when you turn your head to look. Write past the barbed wire fences of your understanding. Write towards chaos. Write what you don't know.
Posted by The Story Prize at 10:00 AM