In the 61st in a series of posts on 2016 books entered for The Story Prize, Karen Brennan, author of Monsters (Four Way Books), discusses how difficult in today's world it is to avoid distractions. 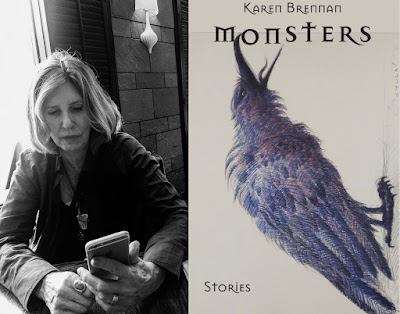 I grew up in a world without cell phones and Internet. A calm world of family TV shows and mailmen. Long distance phone calls were exorbitant and so keeping in daily touch across state—or country—lines was not always an option. We didn’t know much and our lives were full of space. Likewise, time unspooled more like a meander in the woods than like an arrow zinging us to the next thing.

I used to write stories at my grandfather’s desk with a black number two pencil—I loved those pencils. They came in a box and were stored in the desk drawer. I wrote on a small yellow lined legal pad situated on top of a green blotter that protected the polished mahogany desk of my grandfather. My legs, not quite reaching the floor, dangled. Who knows what I was writing? In the silence of the room, the sun pouring in the tall window to my left, the window overlooking the driveway and the street, the calm suburban street with its big houses close to the road and its gardens, with old maples and oaks and big pine trees shading them, I remember exploring my cave of mind for “ideas.” I was alone, as they say, with my thoughts.

Solitude is not a given in my life anymore. Every day, my computer screen is crammed with visual tags that lure me through their portals, the relevant and irrelevant, the trivial and the tragic sharing screen space that more and more resembles my vanishing tabula rasa (the child star at 50, the fire that kills 46, an Anthropologie ad featuring shoes I might like, the president-elect’s twitter feed, the seven signs of impending stroke). 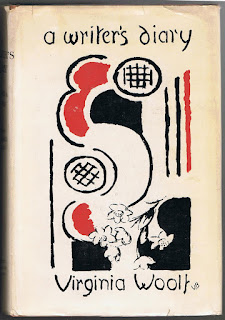 If I want to be a good writer, I need to fight for my solitude—which is to say I need to wipe the slate of my mind clean of distractions, to make space for reflection and imagination. If I miss anything from those narrow-minded, poorly informed days of my past, it would be that time hunched and scribbling over my pages, that time of staring aimlessly out of windows, waiting for the next word or scene or the tiniest nudge from the invisible muses…or pacing, incommunicado, in the silence of a room or insisting on a nap at 11a.m. or feeling the need of a solitary walk around the park.

Aldous Huxley: “The more powerful and original a mind, the more it will incline toward the religion of solitude.”

Henry David Thoreau: “I never found the companion that was so companionable as solitude.”

It must have been in the spirit of such companionable solitude that Virginia Woolf writes in her A Writer's Diary passages such as the following:


A disgraceful fact—I am writing this at 10 in the morning in bed in the little room looking into the garden, the sun beaming steady, the wine leaves transparent green, and the leaves of the apple tree so brilliant that, as I had my breakfast, I invented a little story about a man who wrote a poem, I think, comparing them with diamonds and the spiders’ webs, (which glance and disappear astonishingly) with something or other else; which led me to think of Marvell on a country life, so to Herrick and the reflection that much of it was dependent on the town and gaiety—

I choose this passage, quite randomly, from Woolf’s diary because as with many of her entries it so beautifully expresses that blessed quality of the solitary scavenging mind, the imagination on its journey through time and space, the neurons' unimpeded travel, sparking synapses, the ideas and images that are the material of any writer’s best work.

If I want to have a shot at my best work, I will carve my solitude at the expense of other things—things I have to shut down and turn off and get away from. “That other loneliness, “as our great reclusive genius Emily Dickinson calls solitude, is un-countably rich for all of us who are blessed with it:

But nature sometimes, sometimes thought
And whoso it befall
Is richer than could be divulged
By mortal numeral