In the 46th in a series of posts on 2016 books entered for The Story Prize, Gary Gildner, author of The Capitol of Kansas City (BkMk Press), discusses how a baseball injury led him to writing. 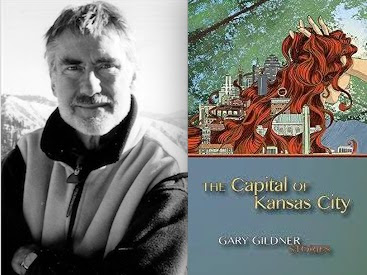 In the late 1950s in Flint, Michigan, I attended a Catholic high school staffed by Holy Cross nuns from South Bend—spirited young women who loved Notre Dame football as much, it seemed to me, as they loved Latin, science, Shakespeare, and all the math. Because of their large enthusiasms, I did well academically, but not so much for the glory of learning as to stay eligible to participate in sports. I mean to say, I was neither a passionate scholar nor a serious reader. Until one late spring Saturday afternoon, slowed by a broken leg and looking for something to pass the time as I lay sunning in the yard, I opened a book of stories and was stunned by Ernest Hemingway’s “Big Two-Hearted River.”

I had regularly turned to newspaper reports of big and small athletic events, and occasionally to magazine stories about famous sports figures and the rare mountain climb or fabulous fishing adventure. Plus I had flung my own line after brookies and rainbows and been made happy by it. But this, this story about Nick Adams quietly fishing for trout and camping out in Michigan’s Upper Peninsula, was altogether something else. It was the flesh and bone, I thought, of my world, as clear and close and physical as any stream I had ever waded in or built my fire beside, and I admired its moves and rhythms—its aliveness—as only a smitten 17 year-old boy can admire anything that catches him fully and holds him still to see, intimately, what, before, he only thought he’d seen.

I broke my leg foolishly attempting to steal third base on ground a morning rain had made too slick for such a run, ramming my foot under the base while the rest of me wanted to catapult over it. Now I was reading a magnificent piece of writing about taking care, keeping things whole. And grace. No, I did not miss that. I felt it. I was not attending Holy Redeemer Catholic School, often serving at our daily eight a.m. mass, for nothing. And “Big Two-Hearted River” makes it way with such lyrical simplicity! There are no grand and expensive words anywhere, nothing fancy or fake, only—from sentence to sentence—what I might have called a new kind of poetry if I had been at that time a serious student of poetry.

The previous summer, not quite 16, I pitched a no-hitter in my first game playing American Legion ball, and at every game I pitched thereafter that season major league scouts were camped in the bleachers behind home plate taking note of everything I threw. Thus the beginning of my dream to play professional baseball. Preferably for the Detroit Tigers, whose Hal Newhouser, a future Hall of Fame pitcher, was a hero of mine.

Lying in my sunny back yard wearing swim trunks and a cast wrapping my leg from knee to toes, I thought: But what if I don’t make it to the show? In recent games I pitched my arm would start to hurt after about three innings—and now this broken leg . . . Well—and the next thought arrived as smoothly and efficiently as one of my better curveballs—maybe I’ll go fishing and cook my dinner under the stars and write about it. Like Ernest Hemingway.

Oh yes, those Holy Cross nuns had inspired in many of us a particular confidence, and after my Legion success—plus success in school sports going back to the seventh grade—I had plenty of confidence, though not enough good sense. Wanting to impress those scouts, I ignored mature advice and tried to throw a no-hitter every time I stepped on the mound. Employing far too many pitches requiring torque beyond reason. My young arm began to give out and finally I had to abandon my baseball dream. But thanks to Hemingway, I was reading—and taking in all kinds of writers, Russian, Irish, French, the tall and the short—and learning a better dream.
Posted by The Story Prize at 9:30 AM