In the 38th in a series of posts on 2017 books entered for The Story Prize, KL Pereira, author of A Dream Between Two Rivers (Cutlass Press), relates a history of absence. 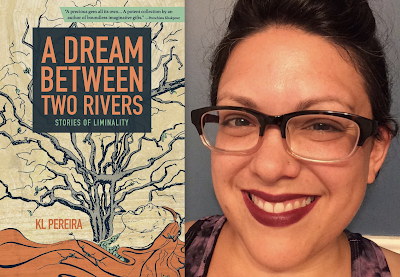 Missing mothers haunt my work. It’s partially because of my obsession with fairy tales, to be sure. Mothers are often an absence, a shadow, a lurking thing that can neither be written out of the text, nor forgotten. In fairy tales, the mother has often died, a reality of times when coming through childbirth was far from sure, and stepmothers were a fact of life. Then, as now, mothers seem to be stolen away, and our narratives are full of looking.

There are so many mother-shaped holes in my life, my story. I’m always, it seems, trying to find them. But, try as I might, mothers always seem to elude me. They turn out as absences or shades, violent shadows. I can’t quite seem to fill their shapes. There’s something that rises up and blocks me. 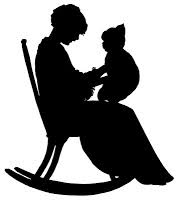 And this is what I really want to write about, but can’t: We have a terrible tradition of losing mothers in my family. My mother lost her mother when she was 17. My grandmother had had ten children by the time she was 36 and by 39 her body had given up. I never knew her, none of her grandchildren did. Some of her children do not remember her. She became an absence that everyone felt and a fairy tale that everyone was too sad to tell.

My grandmother lost her mother when she was four years old. But her mother did not die. She was taken. Her children were taken. My grandmother and her siblings were seized by the state and their mother (my great-grandmother) was committed. Yes, that kind of committed. The one census record I’ve discovered cites schizophrenia as her illness. It’s a box on the side of a card that is ticked off by a neat “x.” There’s no explanation. She was an immigrant, spoke little to no English, it was the Depression and she’d left her young children at home while searching for her husband, her husband who, it was said, was running around on her, and what rights did she have, what rights do women and immigrants have now over their own bodies and lives?

I’m usually not a fan of the happy ending, where everything works out, even in fairy tales, but when it comes to this story, I want that ending. I yearn for it. Perhaps precisely because I know that it can never happen. I can’t save my great-grandmother, break her out of the asylum, rescue her children from the orphanage, reunite them. Because that is not how it ended for either of them.

Every time I find a new census record, it breaks me. There’s no other way to say this. Because of the way state and federal census records are released, I have to wait years between updates and each time it shows that my grandmother was still in the orphanage and then with foster homes that never adopted her. That my great-grandmother was still in the asylum and then, after being deinstitutionalized sometime in the 1970s, died in a nursing home, long after my grandmother’s death, and long after my birth. So many details are still missing, but I know that neither of these women got the ending I wish for them. And if I know the truth and it’s heartbreaking and there is no redemption for anyone, how do I write this story, how did I write so that it’s not like losing them, again and again and again?
Posted by The Story Prize at 10:20 AM