What Cynthia Flood Has Learned

In the 43rd in a series of posts on 2017 books entered for The Story Prize, Cynthia Flood, author of What Can You Do (Biblioasis), shares some wisdom. 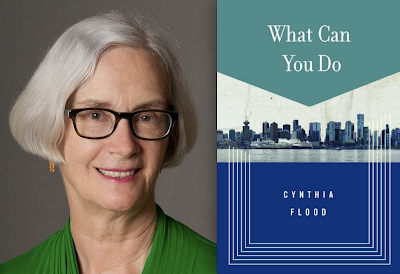 In 2016 a story I wrote in the 1980s reappeared in an anthology. I hadn’t read it in years, felt that the work held up well. So long though! Six thousand words. A frame story, yes—but I like now to stay somewhere between 2500 and 4000. Past that I get nervous, fear rambling. Also, in that 1980s story, many of the academic narrator’s sentences run 35-45 words, some close to 70. Today I’d use way more varied sentence structures. Much less punctuation. Zero semicolons.

Length has little to do with the difficulty of writing. Some long stories in What Can You Do reached good draft in a few days, while others took weeks, months to get that far. The shortest story went through thirteen drafts. My reading preferences have changed, too. When reading fiction now, especially novels, I often think This would be so much better at two-thirds the length! (Same, with movies). Trevor’s novels Felicia’s Journey and The Story of Lucy Gault should have been stories. They’re horribly/beautifully overweight. 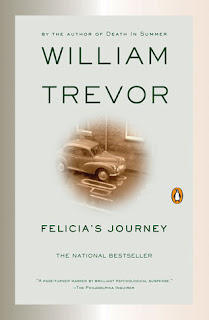 When finishing a day’s work I make a To Do list, including any puzzles, problems to solve. I like to spend some days or a week on one story, then move to another. Having three or four going means I don’t get bored. Also, when I return from one fictional world to another, the staff in the back rooms of my head may have answers ready for me. I’ve learned to trust them, particularly with images.

To invent plot is way easier than to convey emotion without labeling it, to show an individual sensibility, one person living in the world. For that, imagery’s crucial. Alice Munro excellently chose the word magnet to express its power. While reading a draft, I may find some energy-laden words, not chosen with conscious design. How to use them? Not heavily, not to lay down clues for detectives. Perhaps suggest? A reader might notice—or not, yet enjoy going where those images gently lead.

After drafting some pages of a story, I used often to realize that stuff needed near the beginning must be hauled forward from pages 5 or 6 or 15. This frustrated me no end. Still, sometimes I waste hours trying to fix those pages in their present order, make them something they can’t be. I believe now that what gets written first = what the brain produced recently. To write a draft can require a descent through many pages to reach earlier deposits, perhaps laid down long before I thought of writing anything.

I try now to begin with bits, sentence fragments, unrelated paragraphs. No connective tissue. The aim: to get them down on paper. I have to fight the wish to complete, get organized. I don’t always win, but those scraps may resolve into fiction months later when I reread them in my notes-folder. There, felt-pen coding gives a slap of color to story ideas, so they stand out.

Having taught college English, I easily write the thesis-followed-by-evidence form. For years I rechecked story drafts to ensure they didn’t carry this essay-taint. Fictional design, however, makes its own demands. Although narrative paragraphs and sentences don’t argue, they must work to create a reality. Editing, I ask each one Why are you here? What do you contribute? Amazing, how often favorites serve little purpose.

Clean-up comes near the end. I love lists, but try to limit them. I kiss goodbye to most copula verbs, passive voice, pluperfects, adjective strings, series of coordinating clauses, expletive constructions, adverbs. These clog prose arteries. To use another image, the elaborate gears of English can mangle meaning and reduce a reader’s interest.

I set the story aside for some days, then follow a fellow writer’s surprising advice: Read it aloud from the end, sentence by sentence. Check the rhythms. Find unexpected repetition, omission, overlap.

Finally, I’ve learned to trust the liminal times in each twenty-four hours: just before sleep, just while waking. To be aware, then. Good material may emerge to meet—what is it in writers that generates fiction? I don’t know. I’m grateful, always. Writing: one of the best parts of my life.
Posted by The Story Prize at 10:00 AM