Peter LaSalle: The Short Story vs. the Novel

In the 41st in a series of posts on 2017 books entered for The Story Prize, Peter LaSalle, author of Sleeping Mask (Bellevue Literary Press), talks about aiming to create a tour de force. 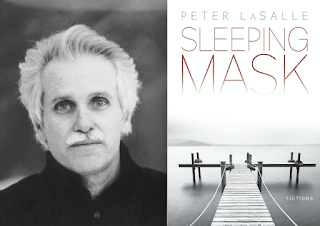 It's all but a given that the short story genre has always been overshadowed—often loomingly so—by the novel. However, the great, wonderfully metaphysical writer Jorge Luis Borges was once asked why he wrote only stories and never a novel. A gracious man, Borges smiled, I suspect. He provided an answer along the lines of, "Why write a novel when you can do just as much in a short story?" I seem to remember reading that at one point he went so far as saying that too many novels, with their inevitable slow spots and frequent padding—in his opinion, anyway—tended to bore him.

Well, I have written novels, but I do think I know what the Argentine maestro meant, granting I'm certainly no Borges. It entails a mission I've kept in mind ever since my early pre-computer days, when I loaded a blank sheet of paper into a rattling old light-green Hermes manual typewriter to begin a new story and acknowledged there was a ton of responsibility before me—a short story with its sheer intensity, validly akin to poetry in that aspect, would demand a good deal on my part.


Or to put it another way, even more recently when writing about child soldiers in Africa raiding a girls' boarding school or a gifted young Virginia Woolf scholar in Boston who survives cancer and struggles to show a brave face amid the dreamlike state of it all—those being a couple of the concerns in this new collection Sleeping Mask: Fictions—I knew the stakes were high, that I would need to get a lot done within a small number of pages according to Borges's credo and at least aspire to make the next several thousand words maybe nothing less than a little tour de force. Because for me that's what a truly successful short story essentially is and what makes the genre by nature so remarkable, capable of challenging the novel.

Other than emphasizing the word "force" in the phrase, I'm not sure if one can give a very precise definition of tour de force as applied here. It's probably best described by the result. Which is to say, the reader's response, a quiet rush for him or her after finishing a good short story, strong, and the feeling of having been transported somewhere new and important via the whirlwind of the words. In the half hour or so of being with the characters while reading, something large has definitely been added to one's experience of the world and done so with almost immediate impact.

Sometimes this seems to lie in an intense, resonating significance of theme, generated by a solid subject to begin with. In these latest stories I tried to avoid simply the rather self-centered malaise of everyday life that occupies much popular recent American writing and instead perhaps have a go at matters like the randomness of the many big dangers surrounding us in our troubled contemporary scene, socially, politically, and such—for instance, the current narcotraficante wars on the Texas-Mexico border and how a young couple might encounter by total chance that kind of nightmarish violence, as happens in one story, "Lunch Across the Bridge."

And the more I write the more I believe that the tour de force factor for a story is sometimes found in innovation and experimentation regarding language or structure, a quest for which the genre with its kinship to poetry is particularly well suited. This does call for risk and not relying on the safe, ready-made (also quite old-fashioned, in fact) trappings of straightforward narration, long the staple of traditional realism. It usually involves pursuit of writing that just might be new on the page, a story, let's say, that in looping repetitions and words echoing words gets at the way that mirrors themselves—whether over a dresser at home or gilt-framed in a visited art museum, everywhere—can become pretty haunting because they reassert a sense of human incorporeality, a ghostliness somehow deep inside us, as I wanted to make happen in another story in the collection, "A Short Manual of Mirrors."

I honestly don't know if I've been successful, and only the aforementioned reader response will attest to that for any writer. Nevertheless, I sure hope that with Sleeping Mask: Fictions—overall and maybe more than in my four previous collections—I have worked my outright best to live up to Borges's thinking and taken advantage of the genre's uniquely engaging possibilities that do attract so many of us to keep writing short stories, repeatedly longing to create a genuine little tour de force ourselves, no doubt, despite the non-stop noise we can't help but hear about the haughty dominance of the novel.
Posted by The Story Prize at 2:20 PM