In the 37th in a series of posts on 2014 books entered for The Story Prize, J. Robert Lennon, author of See You in Paradise (Graywolf Press), talks about putting the right amount of pressure on himself. 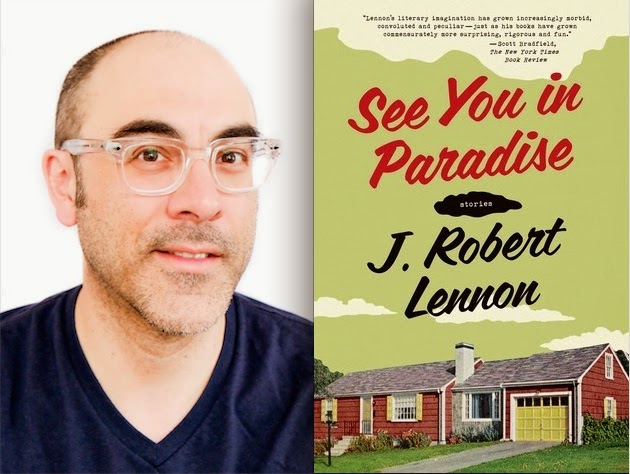 Probably I’d be an unsuccessful musician with an office job.

Describe an unusual writing habit of yours.
I often wait until there is almost not enough time to finish something before I start it, then do it very, very fast, so that I don’t have time to think. I’m not a procrastinator, per se; if I give myself only a day or two to write, say, a book review, it's bad, and if I take a whole month to do it, it’s also bad. There’s a sweet spot that lets me work in near-panic at a high level of competence, and I try to spend a lot of time there.

Do you ever borrow characters or situations from real life, and has anyone ever confronted you about it, been angry or pleased?
I used to always say no to this question, but then I actually read what I’d written over the years and realized that there are plenty of repurposed real-life personality details. But no one has ever recognized himself. A few people have thought a particular character was them, but been wrong.

What one story that someone else has written do you wish you had written?
Pretty much all of Donald Barthleme. It’s tragic, trying to emulate him, because it was never the stuff he thought to write about that was so important; it was just the fact of his being Barthleme, which of course cannot be imitated. I’m also envious of Kelly Link’s story “Stone Animals.” It feels like the funnest imaginable thing to write. I liked that story very much as a reader, but as a writer, I find it inexhaustibly delightful. 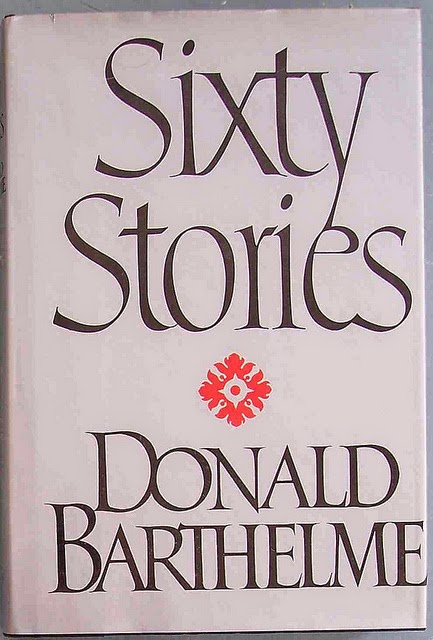 Where do you do most of your work?
The living room sofa. Sometimes in bed. Sometimes at a coffee shop. Almost never at a desk, though there are four desks in my life where I do other things.

What do you do when you're stuck or have "writer's block”?
I give myself a prompt, or go do something that isn’t literature—play the guitar, play a videogame. I’m lucky to be able to get over writer’s block pretty easily. Often some assignment comes down the line—a book review or other piece of topical writing—and I am forced to write by circumstance. That helps a lot.

What advice do you have for aspiring writers?
Treasure nothing, be willing to throw out anything. The story you just wrote that you are proud of should not be coddled and worshipped. You can do it again. If your house burned down with all your work inside it, you would still be the writer you are, and you would continue to be worth something.
Posted by The Story Prize at 7:05 AM