Why Ali Eteraz Stopped Trying to Be an American Writer

In the 45th in a series of posts on 2014 books entered for The Story Prize, Ali Eteraz, author of Falsipedies and Fibsiennes (Guernica Editions), discusses his quest to crack the code of American writing and why he abandoned his efforts. 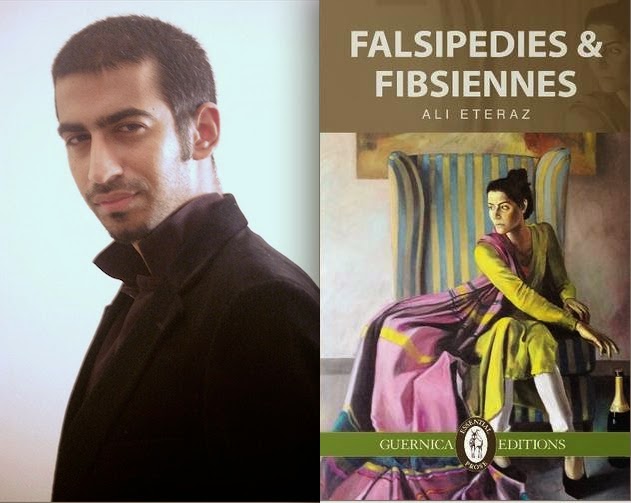 They say about the poet William Carlos Williams, an immigrant, that he "nurtured a first-generation American’s obsession with the idea of an indigenously American art." Whether or not it was true in Williams' case, this obsession certainly applied to me.

Ever since I arrived in New York via the Dominican Republic and Pakistan and was met with Edgar Allen Poe, I yearned to be an "American" writer, to produce stories that would be deemed quintessentially American. I maintained this aspiration even though I learned that Europe thumbed its nose at us, and increasingly Asia did, too. Even after 9/11, when people that bore my kind of name were no longer deemed to be represent America, I still wanted to be an American writer. I went so far as to write to a prominent American writer from Texas to ask how I should write in order to feel like an American writer. I think I asked him because he was i) white, ii) wrote about the working class, and iii) from Texas, which I had been told was a very American place. I don't know if I was looking for the formula for American writing as much as I was looking for validation from him, which I could then use as an invisible grant of literary citizenship. Either way, the Texan didn't answer, and I continued my obsession alone.

My focus was in the arena of short stories. I read everyone from Flannery O'Connor to Raymond Carver to Willa Cather to Bret Harte and Shirley Jackson and anyone else that pops up when you run a search for "American short story writers." I was convinced that somewhere in their stories I would reach epiphany, discover the blueprint for what might be called "the" American style. Then it would only be a matter time before I too would appear on web searches for American short story writers.

Briefly I thought I discovered that blueprint in The Rebel by Albert Camus. In the tail end of that essay, Camus makes a distinction between American writing and French writing. The former is focused on externalities and appearances, while the latter is internal and psychological. When I applied that analysis to the Americans I had read, in most cases it did hold true, and so with a nod of gratitude to Camus, I thought I was on my way. I would write realism. Rather than long internal monologues I would gesture at the psychological states of my characters using objects as symbols. I would provide meaty descriptions of place and setting.

But cracking the secret to the American short story did not work out. All the stories I produced had in them things that I could dismiss as non-American or un-American: they were set in other countries, they were psychological, they veered into the surreal or darker places, they were set in time periods that contemporary American literature didn't touch. It got so bad that I decided that perhaps I was wrong to think I could ever be American; that perhaps out there was another literary citizenship that I needed to find. 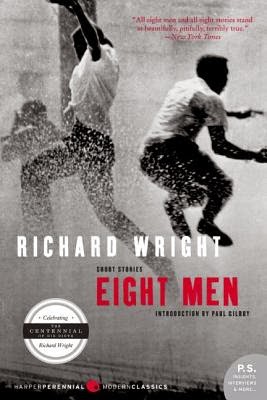 Then one day I rediscovered some short stories by Richard Wright I had read in high school. Wright was an American who became a permanent expatriate after penning an essay called "I Choose Exile." He was, in some ways, the opposite of me. I came to America looking to merge myself into it, while he was born here, only to find disappointment and disillusionment. The collection that impacted me the most is called Eight Men, about black men in confrontation with a largely white world that disenfranchises them. The story "The Man Who Lived Underground" meant the most to me, about a man wrongly accused of murder who makes a new life for himself in the sewer. As a teenager, I had read these stories from a distance, throwing a cloak of fabulism over them, as if the kind of oppression in them could only occur in the realms created by fantasy writers. As an adult, I read them as calm and incisive meditations on the American experience, on its inadequacy, the way it failed people, the way it forgot people.

As a result of this re-acquaintance with Richard Wright I no longer cared whether anyone considered me indigenously or truly American or not. All I cared about was whether my stories were engaged in the act of remembrance, in the act of witness, in the act of representation, of the sort carried out by Richard Wright. This, to me, is all it means to be a writer, whether in exile, or of a nation.

As for the code to American writing, I know that I will never find it. Nor do I want to.
Posted by The Story Prize at 9:26 AM