David James Poissant's Letter to His 25-Year-Old Self

In the 31st in a series of posts on 2014 books entered for The Story Prize, David James Poissant, author of The Heaven of Animals (Simon & Schuster), lays out for his younger self what what the next ten years will be like. 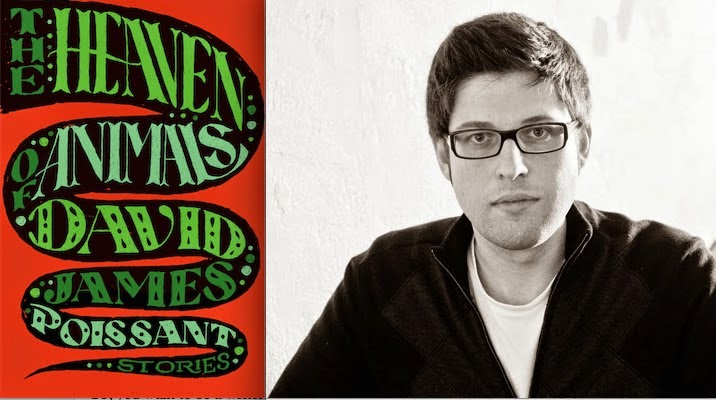 So, you want to be a writer.

Here’s the good news: You will be.

Here’s the rest of the news: It’s going be hard work. It’s going to be really, really hard work. A lot of what you write will be bad. And a lot of what comes along with being a writer—the hours alone, the living in your head, the writing not knowing what comes next or whether what you write will be good—all of this, frankly, is going to kick your butt.

There’s going to be angst. There’s going to be self-doubt. Joy, too. But also a lot of questioning of aesthetics and life choices and belief. Because, see, the thing is, once you start looking at the world through every possible combination of eyes, that world is going to reveal itself to be a bigger, badder, more beautiful and more nefarious place than you ever could have imagined.

The more you read, the more you write, the weirder things are going to get for you. Then, suddenly, you’ll be weird. Leastways, weird by your former standards of what weird is. You’ll keep weird hours, say weird things, spend weirdly enormous amounts of time behind computer screens and behind books.

And you’re going to go from being someone without much concern for other people to someone with an overactive imagination, which is to say an overactive accumulation of empathy, because if you can’t imagine yourself experiencing anything/surviving anything/perpetrating damn near anything, then you aren’t really imagining, are you?

The trick will be to hold onto that sense of imagination, of empathy, because it’s what’s going to keep you growing and learning, to keep you telling better stories. The danger lies in the other direction.

What’s the other direction? Well, you know that line from the Itamar Moses play? No, you don’t, because you haven’t read that play yet. But, you will, and, when you do, you’ll read a line that will haunt you, and that line is: “In order to do what I wanted to do for the rest of my life, I had to learn so much about it that I ruined forever my ability to enjoy it in the way that made me want to do it in the first place.” 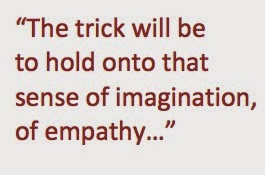 That’s the danger. That’s the fire you’ll need to walk right up to but never step into. The goal? To tell stories. To write as well as you can. But never to fall out of love with the form, with the stories themselves. You’ll have to be careful. The coals are lit, the path is long, and that first step’s a doozy.

Getting there will be a journey. And here’s what that journey will look like:

You’ll be 25. You’ll know a writer. He’ll live in a California. He’ll have a book and a contract for another. His life will seem pretty great. You’ll want his life, and all you’ll have to do, you’ll think, is get into an MFA program and write a book. Easy. All you’ll have to do is get into the program that writer got into.

You won’t get into the program that writer got to. Don’t worry. Sure, you’ll be devastated. You’ll have read that huge anthology of writers who went to that program, and you’ll be convinced that’s the only place to go in order to make it, whatever making it means, but that won’t be true. There are lots of good places. You’ll go to one, and that place will treat you well.

Go ahead and make this decision, because, after you do, you’re going to hit a rough patch, not in your marriage or friendships or health, all of which will stay mercifully good and strong, but in your writing life. You’re not going to publish a word for two years. This is okay. This is the way it’s meant to be. You’re going to be building an arsenal of beginnings and early drafts. You’re going to be generating material. You’re going to be undertaking new experiences. You’re going to be finding your voice, whatever finding your voice means. In short, it’s going to feel like you’re making no headway, but this will change. When you tell a writer friend that you’re going through a dry spell, he’ll tell you not to think of such times as dry spells but to think of all other times as puddles, and his words, though simple, will seem no less true for their simplicity—perhaps they’ll hit you harder because they’re so simple, plain as the pan you crack eggs into each morning as you wonder why you aren’t writing better, why book deals aren’t arriving on your doorstep—and this advice will kind of shake you up and remind you to be grateful for all that you have and for all that you’ve been given thus far.

Once you see that, a decade will have passed, and you’ll have come a long way. You’ll still have far to go. By then, you’ll know enough to know there’s so much you don’t know. A decade from now, who knows what 45-year-old you will have to say?

In the end, the story of our lives will be the stories we tell ourselves.

If this is true, maybe the best we can hope for, from writing and from life, is one good story after another.

Onward—
Posted by The Story Prize at 7:48 AM