Aurelie Sheehan Sneaks up on Plot

In the 64th in a series of posts on 2014 books entered for The Story Prize, Aurelie Sheehan, author of Demigods on Speedway (University of Arizona Press), details her tangles with plot. 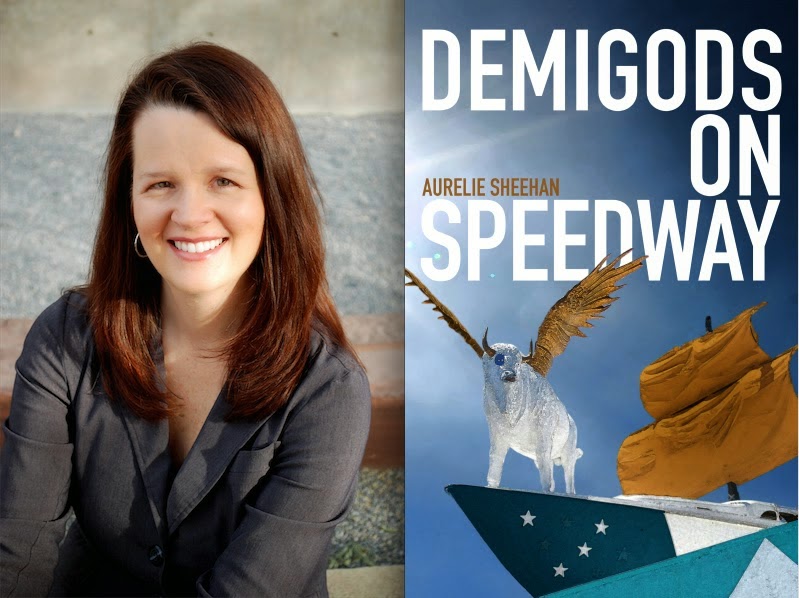 Plot. What a nightmare! At least that’s the way it’s felt for much of my writing life. Early attempts at “putting plot into my stories” were like stuffing a turkey into a teacup or inserting pencils and rulers into cake.

I never had anything against plot in other people’s writing. I’ve always loved stories strong in plot. A good plot keeps me turning the pages. The prose has to be clean, the characters alive—but these elements alone won’t keep me reading into the wee hours. What needs to kick in is the what-happens-next reflex.

Alas, the what-happens-next reflex wasn’t occurring at my own writing desk. There, it wasn’t a reflex at all, more like the sound of electrical wires fritzing out. I comforted myself with proclamations. Writers into plot were like mechanics ginning up outlines stuffed with spy-craft and long-lost, wealthy relatives. But I did worry: Was I the stereotype on the other side of the spectrum, a pajama-clad watcher, forever not engaged with life?

Here are ways I’ve found to sneak up on the idea of plot and make it my own:

These things helped, and I feel better about plot now, mellower. If the story of me and Plot were to be written, it would be a very gentle narrative, where the girl begins hating Plot, she has a fight or two with Plot and she breaks Plot’s elbow, and Plot breaks her chin, and then eventually they just stop fighting and go into a kind of Tai Chi tea party that lasts until the end of time.