In the 50th in a series of posts on 2014 books entered for The Story Prize, Marek Waldorf, author of Widow's Dozen (Turtle Point Press), traces the background of his book's cover. 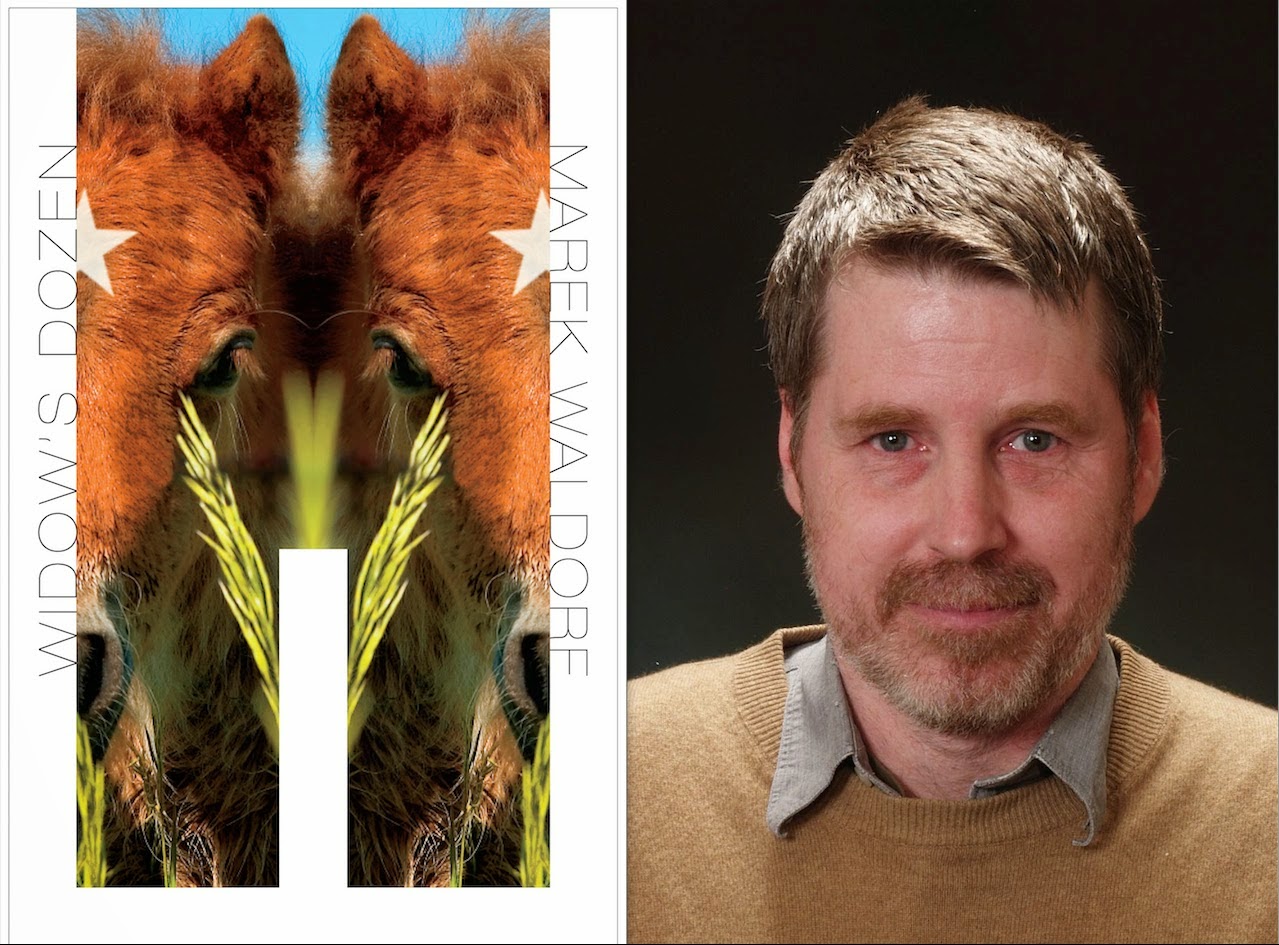 Jeff Clark’s striking, wonderfully ominous cover to my collection, Widow’s Dozen, has a bit of a “grapevine” story behind it.

Maybe six years ago I visited my friend Hillary Moore’s studio and bought a picture of hers called “The Gift,” the first in a trio she’d painted over old children’s book illustrations. We hung it against the brickface above our living-room mantel, as the dullness of the red brought the colors out best. It was the first work of art I’d bought, and I spent a lot of time admiring it. My brother compared it to Albert Pinkham Ryder; though I didn’t know who that was, when I looked him up, it seemed reasonable enough. I liked the painting so much I put it into the sci-fi novel I was working on: 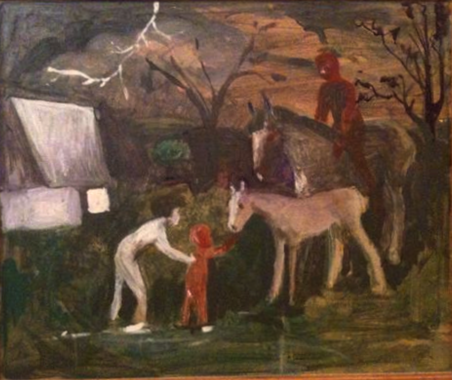 The stories in Widow’s Dozen inhabit the dark conceit of that novel, although only one takes place in the same future time: the penultimate story, “Guiding Lights” (and which, if I had one do-over, I would make the last, to avoid confusion). In any case, the ekphrastic passage above went for the ride along with “Guiding Lights,” into the collection.

When my publisher, Jonathan Rabinowitz, asked me about cover images for Widow’s Dozen, Hillary’s painting was the first I thought of. He noted straight off it wouldn't line up for the spine and we agreed a detail wouldn't quite work either. We moved on to Burchfield, Ryder & other ideas & then the collection got bumped in favor of my first novel, The Short Fall … a year along, I liked what Jeff did with that cover so much I decided to keep my Widow’s Dozen input to a minimum.

“Guiding Lights” is an interstitial story in the collection, and brief … so I was shocked to see the pony of Hillary’s painting transformed into Jeff’s psychedelic, satyr-like Shetlands. And that he would choose that one passage to visualize out of all the rest. I asked Jonathan if he’d sent Jeff the image-file of “The Gift,” but he said no. The unease in Hillary’s painting is insidious but not imposing; whereas Jeff pulls it into the peephole theatrics of “Guiding Lights” and the kaleidoscopic ambit of the collection as a whole. You see, I wanted the stories in Widow’s Dozen, and the stories within the eleven stories themselves, multiplying inwards, to be like facets, sometimes touching or overlapping, but each one (no matter how insignificant) a way to peer through to the others. I’m amazed at how nicely the cover captures that sensibility, and appreciate the chance overlays of painting to writing to design to get us there.
Posted by The Story Prize at 11:10 AM