Christian Winn and the Search for Meaning

In the 55th in a series of posts on 2014 books entered for The Story Prize, Christian Winn, author of Naked Me (Dock Street Press), shares a story from his collection that exemplifies quest. 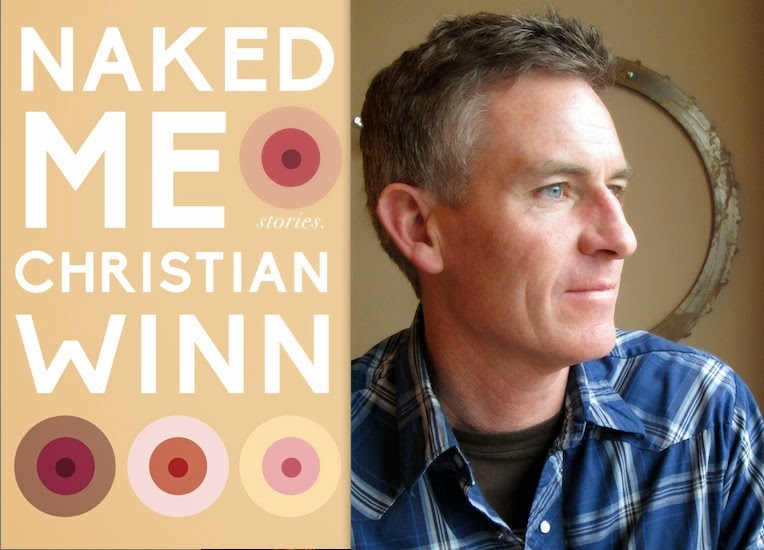 Hemingway, or Twain, or some wise screenwriter in early Hollywood said if you are going to write, then your highest goal is: “A good story, well told.”

Flannery O’Connor proclaimed: "A story is a complete dramatic action—and in good stories, the characters are shown through the action and the action is controlled through the characters, and the result of this is meaning that derives from the whole presented experience."

The meaning came to me most profoundly with these words from Tim O’Brien: “Forty-three years old, and the war occurred half a lifetime ago, and yet the remembering makes it now. And sometimes remembering will lead to a story, which makes it forever. That’s what stories are for. Stories are for joining the past to the future. Stories are for those late hours in the night when you can’t remember how you got from where you were to where you are. Stories are for eternity, when memory is erased, when there is nothing to remember except the story.”

The remembering makes it now… There’s meaning in that, for me.

I wrote this short-short story below, “Molly Ringwald,” which has ultimately ended up in my collection, Naked Me, about that search for meaning—in time, in lives, in pop culture icons, in my sister and all that life years ago. Thanks, Mr. O’Brien, for letting me understand further just why I wrote this short piece, and why I still love that I did. Thank you all for writing the stories you do, and thanks to the Story Prize for championing this highest endeavor of our search for meaning. Here’s to finding the stories.


Twenty-five years later I’m watching Pretty In Pink on Christmas afternoon while my sister sleeps on the suede couch behind me, our parents gone off to church, her daughter in a side room talking to her new American Doll. It’s raining hard all over So Cal, and the season seems remotely complete—with me here alone, again, and now the television singing and whispering, disappearing the years as I sit up close eating red M&M’s understanding scene by scene that I will never get over Molly Ringwald, or those OMD cassettes, or that fat spray-paint graffiti head shouting at Duckie while he’s down and wading in his love for Molly beside TRAX, the Smiths record store. I mean, the way she bites her lip, and sneers at James Spader in his white linen sport coat. The way she’s smart and precious and a little too thick at the ankles—I love her, too, Duckie, I fucking love her. We’re all still in the middle of it, those Psych Furs and New Order songs and Harry Dean Stanton waving surrender, surrender, I gave my life for you—it’s what you wanted for breakfast, right?

Somehow I got lost in all that Midwest urbania, lost in the dim hopes of big hair and the tiptoe prom dance where the Pogues played the purest future on a three-string mandolin and nothing was easy, but dying was impossible, and I was with you Molly, walking the looming echo of the high school midway and running hallways past the locker bays where Duckie drew blood for you, Molly, because he couldn’t imagine his future self without you, and we, all of us, couldn’t imagine anything but the joy of the bell ring and the next slow-dance.

Here, the knuckled palm trees sway across the sliding glass, and ocean clouds build towers above the canyons. My sister snores against embroidered silk pillows, and I remember how she wore imitation pearls and checkered Vans and her hair like Molly’s that one year—lopsided and coifed—and I wonder if she ever thinks how I hugged her one morning, told her she was cool, which meant that I loved her, wanted a perfect, kind life for her. I didn’t yet know this was impossible. I wanted it though, more even than Andrew McCarthy does for Molly, who he takes to that shit party where everyone is shirtless, and drinking scotch despite the fact they’re in high school, and Molly’s upset because she doesn’t drink like a rich kid. Molly frowns that round red mouth. Molly tosses insults and takes a stand. And my sister rolls over, ignoring my niece’s back-room whimper, waking only to point at the television and smile above the pile of used ribbons glinting in our dim afternoon. Years fold. And I don’t recognize how the one life became the other. Or, what happened to Molly’s mother? And did Harry Dean ever get that job? What happened to the way we once loved all this bolo-tie menace and our pony-hair shoes?

And fuck, John Hughes is dead, and he left his cities full of taffeta, left his houses’ back doors wide, where someone like me might stumble in to steal his creepers and dance like 1986, live forever on clove cigarettes and mopey antiheroes, and Molly.

But that was only Christmas. It rained all week.
Posted by The Story Prize at 8:56 AM