James Nolan and the Singular Element

In the 53rd in a series of posts on 2014 books entered for The Story Prize, James Nolan, author of You Don't Know Me (University of Louisiana at Lafayette Press), discusses the importance of his native New Orleans as a setting for his fiction. 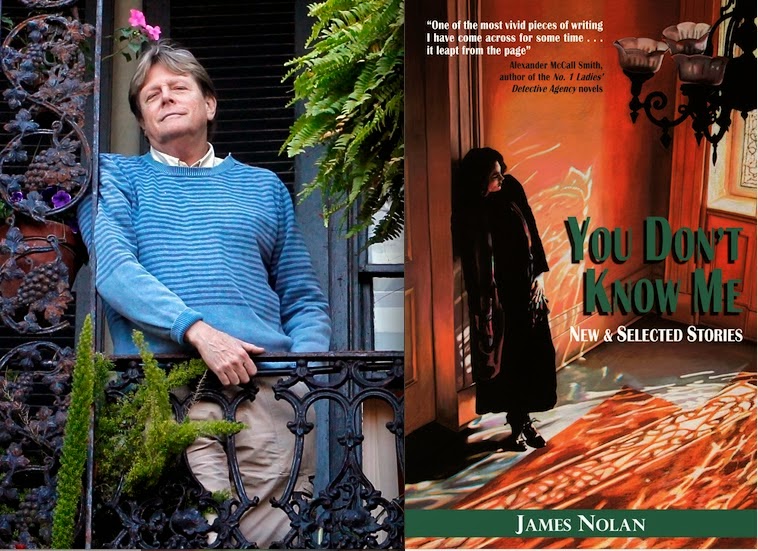 Unlike a journalist or memoirist, a fiction writer tells the truth by artfully lying. The only aspect of these stories that is true—down to every nuance of architecture, climate, culture, and mentality—is the New Orleans setting, which is what inspires the fabricated characters and plots. Somebody once asked García Márquez about his “fabulist” fiction, and he took exception, claiming that just as his regionalist ancestor Faulkner had done with Mississippi, he was “documenting Caribbean reality.” Like García Márquez’s Colombia, New Orleans is the only singular element in this book I couldn’t make up. The rest of the invented details ferment for months or even years in my imagination: artificial toads hopping around in authentic gardens.

These stories I love to dream up are usually set off by some ordinary experience, or at least one that seems normal to me, a fifth-generation New Orleanian. A few years ago I was sitting in my French Quarter courtyard listening to classical music on National Public Radio when my landlady’s housekeeper emerged from the laundry room, set down her basket of dried clothes, cocked an ear, and told me the pianist on the radio was her nephew. His name was André Watts. Had I ever heard of him? Evidently this uniformed black lady I saw every day was a famous pianist’s aunt. Then she explained how her musician brother had been stationed in Germany after the war, where he married a local woman, and they had a son called André. She’d only met her nephew once, on a concert tour that took him to New Orleans. 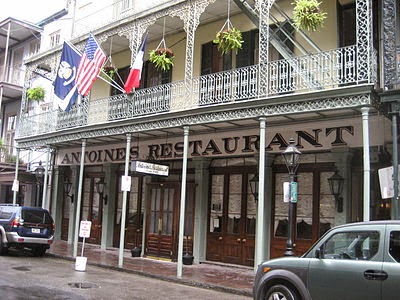 At the time, after an absence of thirty years, I was struggling to reconnect with my own family roots here, especially with memories of a thorny relationship with my father. So the biracial pianist Émile Jackson was born, a character who inherited my war-vet father, my symphony-loving Creole mother, along with my own globe-trotting anomie and longing to belong. But the piano was Émile’s, and everything else in “Hard Freeze,” which I wrote during a January cold front, is made up, although any day you can meet people just like these characters in New Orleans, on the bus or at Antoine’s restaurant.

Speaking of my father, to ground myself after his funeral I went to Mexico, a country in which death is an integral part of life, much as it is in New Orleans. In those days I was living in San Francisco, a city of eternal youth without a single cemetery. On the beach in Puerto Escondido, somebody passed me a joint, and after a toke (okay, maybe two), what popped into my mind was a transistor radio blasting jazz from inside of my father’s buried coffin. I wondered who had put it there, and why. The carnivalesque plot of “Perpetual Care” jumped to life only after I moved home, during my first Jazz Fest in years. I should point out that my mother’s family tomb in St. Louis Cemetery No. 3 abuts on the Fair Grounds, where the festival takes place, a crypt that one day will be my eternal ringside seat at the Gospel Tent.

That was the one part I couldn’t make up, and it inspired the rest of the story.

I save the specifics of own life for a book-length memoir I’m working on, and seldom write “selfie” fiction, either directly about myself or people I’m close to. That would take all the fun out of lying. I both wrote and read a lot of grimly factual journalism following Hurricane Katrina, but of the two post-storm stories that bracket this collection, the first, a gallows-humor grotesque called “Reconcile,” came from piecing together wacky anecdotes told to me over drinks one evening about a woman I’d met for only five minutes. And the final one, titled “What Floats,” was provoked by a newspaper article about a boy in the Midwest who stayed locked inside the house with his mother’s body for ten days after she died. In that disturbing period after Katrina, I wrote the story to answer the persistent question: “What’s it like to be in New Orleans now?”

My New Orleans, much like García Márquez’s Macondo or Faulkner’s Yoknapatawpha County, is a larger-than-life mythic universe, freely reinvented in a way that remains more faithful to its reality than the half-baked clichés invoked to sell the city to mass tourism, regrettably our only industry now. Tourists on Caribbean cruises or Mississippi-coast gambling junkets may suffer similar high-gloss illusions about those places, which we local writers are always at pains to correct. That our wildly fictive lies are the truth, and the shopworn brochure images lies, is the paradoxical edge that keeps us honest and engaged with our surroundings.

You see, our stories become an ongoing love letter to someone you may not know. In the end, my New Orleans characters aren’t the postcard figurines you’d expect and, like the father-conflicted pianist Émile Jackson, might turn out to be people as real and human as you are.
Posted by The Story Prize at 8:06 AM