Judy Chicurel and the Atmospheric Aura

In the 67th in a series of posts on 2014 books entered for The Story Prize, Judy Chicurel, author of If I Knew You Were Going to Be This Beautiful, I Never Would Have Let You Go (Putnam), discusses real life inspiration for her stories. 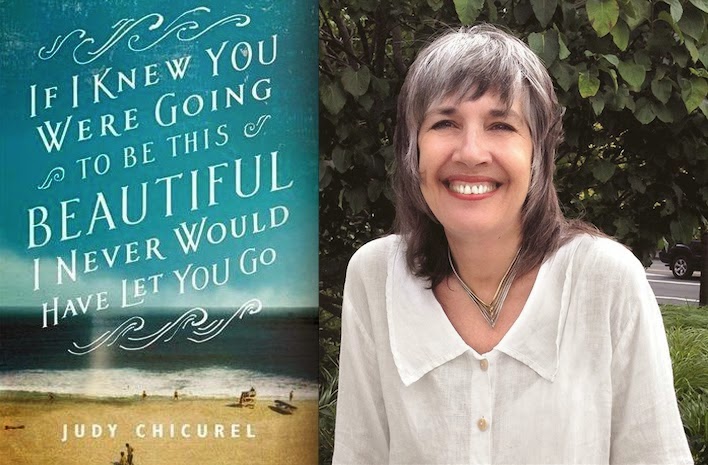 If you weren't a writer, what would you be doing?
I would have been a social worker with a private therapy practice. Years ago I had been accepted into an MSW program and was set to pursue it, but then I was offered a job at a Long Island newspaper and I chose that instead. Second choice: full-time lit professor at the college level, though those jobs are now exceedingly difficult to come by even with a Ph.D, which I don’t have, and publications. When I was freelancing, I used to read Tarot cards on the side to supplement my income, which was really fun and interesting. Sometimes even now, I’m a little envious when I pass one of those storefront psychic places in the city, with the requisite crystal ball on a small round table inside and the “palm reading special” sign in the window. I joke about that as a retirement gig and my husband never knows if I’m really kidding. I’d also love to be a vintner and live on a winery, in Napa or on the North Fork of Long Island. 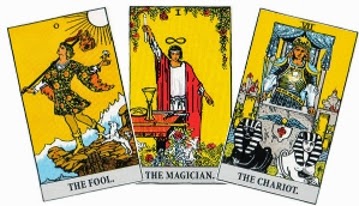 Describe an unusual writing habit of yours.
I write everything longhand first, and I’ll often write the ending to a story or novel before anything else. I know how things will end before I know what else is going to happen, so I’ll write the last sentence, which frequently comes to me very clearly, and then develop the story around it.

Do you ever borrow characters or situations from real life, and has anyone ever confronted you about it, been angry or pleased?
It’s probably the most frequently asked question about the book; “How much of this is based on real life?” I’d say it’s more emotional reality than anything else, and the atmospheric aura of the book resonates from the physical setting of the beach towns I lived in during the seventies and early eighties. They all had commonalities, chief among them a willingness to tolerate local eccentricities without harsh judgment. Those circumstances allowed you to meet some really interesting people and I tried to bring that across in writing this book, because I had such affection for those times and those places. I think you always tend to borrow from real life people and situations but the characters and circumstances in my stories are inventions of people who seemed to fit in those settings. For instance, years ago, I attended a party in the more upscale part of town and the hostess took us on a tour of the house; there was a room at the very top, a kind of enlarged widow’s walk, and she told us that during the 1920s or 30s a doctor had owned the house and performed abortions in this room. I was always struck by that story, and used it in this collection, about two girls going in search of an abortion and the doctor’s office is in a beautiful house by the beach, while they’re expecting a back-alley entrance on the seamy side of town. I’ve never had that particular experience, but that house was definitely the inspiration for the story.

What's the worst idea for a story you've ever had?
This is such a great question, but I honestly can’t think of one! Not because my story ideas are always so amazing, but I usually pursue the ideas that I have because I like them or love the character I’m developing. I’ve had story ideas that I think are fascinating but might be considered too controversial by editors or even the reading public. I have one short story, “The Whistle,” about the woman that Emmet Till allegedly whistled at, which resulted in his hanging death, that’s written almost like a monologue. I think editors, even actresses I knew when I was trying to arrange a reading, might be a little afraid of it.

What's the best story idea you've had that you've never been able to write to your  satisfaction?
I’m worked on two of them on and off over the past several years, both with young immigrant boys at the nucleus. But the work is too new at this point to predict the outcome. What’s prevented me from really polishing them to a finish are time constraints, so perhaps you can ask me again in a year or so.

What one story that someone else has written do you wish you had written?
It’s a story called, “Wonderland,” and I’ve spent some time trying to find the author’s name without success; I read it back in the late eighties, I believe, in one of the Best American Short Story anthologies, though I can’t remember the specific year. It was a story about two young boys whose mother goes off with a boyfriend for a month or so and leaves a note for the oldest telling him that they’re old enough to look after themselves for a few weeks. Which they aren’t. It was a great read and a moving story. The writer was skillful in painting a somewhat sympathetic portrait of the mother, and though she didn’t appear much in the story, you really felt her presence on the pages. The nuances of the older boy’s feelings about his mother—anger, fear, reluctant love—were very well drawn, particularly because he’s trying to be so tough and keep it together for his younger brother. I’ve actually spent time on and off over the years thinking of one scene where the brothers are walking home from the grocery store; I’ve envisioned different ways the story could have gone, the introduction of new characters, usually when I’m on one of my nocturnal walks around the neighborhood. Wish I could remember the writer’s name.

Where do you do most of your work?
I like to edit at home in our office/guest room and often write first drafts while out of the house. It sounds strange, but I can concentrate better sitting in a café or a library, and I’ve been quite prolific while riding the subway. People always balk at that, but for many years, the only real time I had to write was while traveling to and from work or to the city—we live in a more remote part of Brooklyn, the only advantage to this being that I can get a lot of writing done while traveling. I’ve written at our home in upstate New York as well; it’s a great writing retreat.

What do you do when you're stuck or have "writer's block"?
Walk. I’m an avid walker; it helps me relax and sometimes things will just come to me, phrases I was searching for, story ideas, plot innovations. I especially love walking on beaches and am fortunate enough to live close to several. Once I hit the bricks—or the sand, in this case—I just feel freer, less constrained. I also like to work on two projects simultaneously; the obvious reason is that if you get stuck in one place you can move to the other. But I’ve also found that each project can serve as motivation for the other, and the advantage is that after being away from one project for a few days I start missing the characters and can’t wait to get back to them again.

What advice do you have for aspiring writers?
This is a response I actually wrote for another Q&A that I’ve edited a bit, but I do think it’s valid enough to give again: Find situations where you can get your work noticed by people who are willing to help you and where you can build a supportive community, whether it’s an MFA program or other type of writing environment. And I’m going back to advice given to me by a friend’s father years ago at an elementary school track meet: I was running a 50-yard dash and I came in second, and he told me afterwards, “You know, you would have come in first but you were too busy looking around to see who was ahead of you.” Don’t look around at where everyone else is or where you think you should be and neglect the writing in the process. Because everything begins with the writing.

What else (beyond books and writing) informs or inspires your work?
A sense of place often provides the impetus for my writing. I’ve always said I’m very character-driven, but lately, looking over my work, it’s more the physical spaces and settings that have formed the inspiration. I’ve also been inspired by the young people I’ve worked with; I recently left my job as a Development Director for a youth empowerment organization and I was feeling somewhat jaded about the current political and economic landscape; part of my job was reviewing current events for my research file and by the time I’d finish cruising the Web I’d be ready to pack it in. But the young women we served really helped pull me out of this psychic stagnation, just by observing their accomplishments. They just do it, you know? Without money, without the kind of backing middle and upper class kids receive; they pursue their choices, get to college, go after the career...they make you feel better just knowing they’re out there tackling life. I also belong to an organization, the New York Writers Coalition; we facilitate writing workshops in underserved communities and that’s been a source of inspiration as well. I’ve done workshops with cancer patients, cognitively disabled young adults, teens and tweens in Coney Island…populations I might never have spent this kind of time with if not for these workshops. And the writing is amazing.
Posted by The Story Prize at 9:11 AM