Rebecca Lee Gets an Offer She Can't Refuse

In the 49th in a series of posts on 2013 books entered for The Story Prize, Rebecca Lee, author of Bobcat (Algonquin Books), recalls Francis Ford Coppola asking her to write a story based on an idea he had. 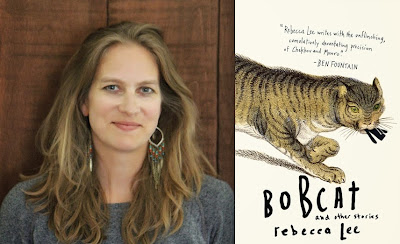 Usually ideas for stories come from a shadowy place—a dinner party seen through a glass darkly, the writer circling around outside the window, looking in, wondering. I like Ted Solataroff’s observation that writing a story is like telling a joke whose punch line you don’t yet know.

But for one of my stories—"Fialta" (whose title, stolen from a Nabokov story, I keep meaning to change)—the idea came from an unlikely source. In the spring of 1999, I got a call from the editor of Zoetrope, Frances Ford Coppola’s literary magazine. Frances (as the editor called him) had an idea for a story, and would I like to write it? I had been raised on Apocalypse Now and The Godfather, and more importantly I had just seen his wife’s intimate, thrilling documentary about the making of Apocalypse Now, and I said yes. Yes yes yes yes. Whatever the idea was I would write it.

I waited a week for the idea. It may have been one of the most suspenseful weeks in my life as a writer. Usually one is dragging a half-baked idea out of the ether, hoping that it might pan out, jerry-rigging the whole operation, pretending it works until it sort of does. But this was so much better. I would actually just be given an idea, and by Frances Ford Coppola. What could be better?

And so it did come, via phone. The idea was to write about two young lovers whose love was thwarted by an authority figure. I was also instructed to watch Splendor In the Grass. And so began many weeks of staring at the blank page, and then worse, writing really bad love story after love story. Robertson Davies said the most painful part of writing is that you have to allow your brain and hand to become a thoroughfare for bad writing as well as good.

That same year I reread Milan Kundera’s The Unbearable Lightness of Being, and came upon these lines: “The sadness was form, the happiness content. Happiness filled the space of sadness,” and that formula entered me, allowed me to write about love properly, and has never left. It’s the richest sort of advice and it keeps giving and changing and revising itself in each new narrative. Every life ends, and everything runs toward its end, but in the meantime, how much happiness can be withstood? Narrative, or at least one type of narrative, seems to be about just that, and it’s the deepest sort of quest for a writer—to find the perfect sad ending with so much happiness in it that it is almost indistinguishable from a happy ending.