In the 40th in a series of posts on 2015 books entered for The Story Prize, Joanna Walsh, author of Vertigo (Dorothy), discusses writing in a windowless room. 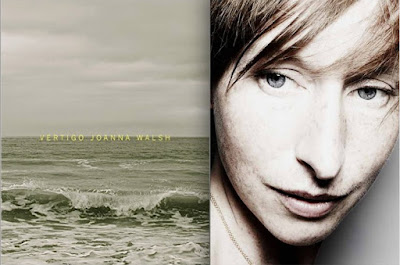 Vertigo is a book against writing. I began to write the first stories in it when I had no idea of being a writer, or I had, at least, no idea of publication, except that even I had to admit that I was writing, and even I had to admit that I was writing things in shapes that made them storylike,  almost like something that might go into a book. I mean you can’t sit down at a desk or a table and write knowing nothing about it, well not entirely… For a long time before I wrote the first Vertigo stories I seem to have tried to prevent myself from doing any writing at all, perhaps even from using words or—to describe this more carefully, as I had to live in the real world—from using certain words, from voicing certain thoughts. And I might have continued to keep the idea of publication from myself, behind some sort of door, only to let it out when the moment seemed right, when the writing itself had done enough.

The door I am thinking about is a wooden one. It is the door of my dining room, the room in which I did most of the writing. I have a study, but I didn’t use it. At the time I was working as an illustrator and the studio in my attic contained my drawing materials and slanted drawing table, which sat beneath a velux window that poured onto it plenty of natural light. My dining room, on the other hand, gives onto the kitchen, which has windows, but the dining room has no windows itself. I sat turned away from the only source of light, the kitchen door, looking inward toward the dark. You can’t write without knowing something of what you’re doing, but you can look away from it. 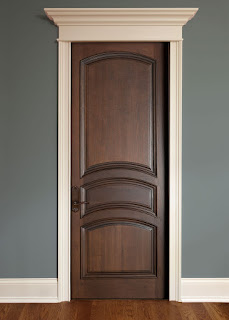 Sometimes it’s necessary to look away from writing, which can look so simple: lines sitting on the surface of a page; a sentence with subject-verb-object; a structure with beginning, middle, and end. In looking away I must have been looking toward something, but it would be too simple to take the mirror on the wall opposite as a metaphor as, in any case, I was sitting too low down to be the subject of any reflection. What the mirror showed, darkly, was a blur of light from the kitchen window, which I saw at second—or perhaps I mean third—hand.

I kept thinking, I’ll move to somewhere better, somewhere I have a view, somewhere more comfortable, more convenient, but I didn’t. I liked to feel temporary, that I was doing something at the wrong time, in the wrong place. I was moored, for the moment, to a white table, which, when I bought it, had seemed the only colour right for this kind of room. The table was made of hard formica. Unlike wood there was no give to it. It could be scratched but you couldn’t engrave it: There was no way to have the sort of satisfaction that comes from scoring in your name into oak or walnut, that peeling away of the varnish and the yielding of the softer whitish flesh underneath. Nevertheless it felt good to be writing against something hard, something that resisted, perhaps even repelled it.

It sounds a bit rubbish, doesn’t it, to talk about wilful ignorance, to talk about resisting writing, resisting publishing it, when it’s obvious that was what happened, and what, eventually, I had to want to happen, and to make an effort to make happen, in order for it to happen at all? I’m cautious of implying that, female, I was only a conduit for meaning, naively rather than deliberately unaware. No, it was more of a kind of undressing, yes, wilfully, of what I already knew about how to write. And, once I’d stripped, I can only say that none of it seemed obvious to me at the time: It hardly seemed obvious how to put one word in front of another, or rather behind another, as story (as meaning?) is most often retrospective. As it was, I wrote forward, with the same feeling-in-the-dark as reading, and was surprised to find, on reflection, that what I had written had begun to amount to something, that the necessity of writing against, away from, was a coming toward, and a building nonetheless.
Posted by The Story Prize at 7:00 AM