In the 58th in a series of posts on 2012 short story collections entered for The Story Prize, Dwight Holing, author of California Works (Snake Nation Press), discusses his roundabout path to writing fiction. 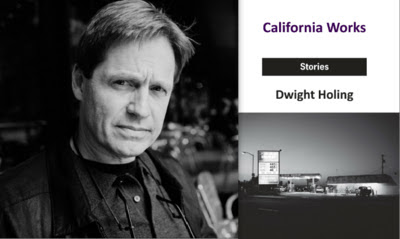 Okay, here it is in a rush because I need to get back to work since I came late to short fiction and am trying to make up for time. Notice I didn’t say “lost” because it wasn’t. I just took a roundabout way of getting to it. It’s not like I rolled out of bed in my 50s and suddenly decided to put fingers to keyboard.  I’ve always made my living as a writer, if you don’t count the stints working in a body and fender shop and cutting and gutting salmon in Alaska. Nonfiction books, newspaper articles, magazine features, special reports, you name it, I’ve written it. Whatever could pay the rent, the trips to distant lands, then the mortgage, the sitters, the tuitions. Well, you get the picture.

Spare me the cliché that journalism is the world’s second oldest profession and nowhere near as well compensated as the first. There’s plenty of creative juice getting spilled over reporting, whether or not you subscribe to Wolfesonian mau-mauing or Twain’s never letting the facts get in the way. Characters, conflicts, and cool stuff inhabited the environmental issues, life sciences, and outdoor adventures I’ve written about. Some was truly stranger than fiction, and now I’m finding the natural world not only is a source and inspiration for short stories, but helps keep dialogue and settings real. Wildlife, weather, landscape—they all play an integral role in a narrative’s arc and protagonist’s journey, providing action, motivation, revelation, be it a story about a veteran of the Iraq War turned cactus rustler finding peace in a night blooming cholla or a commercial fisherman relying on the rules of the sea to distinguish what he knows and doesn’t after his son drowns and marriage founders. 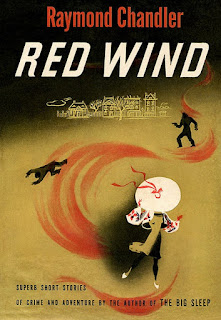 Chiseled on a tablet somewhere is the adage “write about what you know.” What isn’t carved right alongside it is the answer to “why do you write in the first place?” Though I’ve reported about genetics, I can’t say for certain if there’s any involved in writing. For sure, environment plays a role. It’s the whole nature versus nurture debate all over again. My grandfather was a story teller, penning Jazz Age romances for Saturday Evening Post and Collier’s before getting the call from Hollywood. My mom raised me on a steady diet of what it was like growing up with an itinerant writer for a dad—true life adventures of being chased by bill collectors from one Georgia town to the next while they awaited a check for his latest creation, waking up in their rented California bungalow to find Raymond Chandler passed out on the sofa, his fingers still ensconced in the white gloves he wore the night before while drinking gin and playing poker with a pack of Paramount scribes.

Was it genes or memories that shaped me? Was it just cosmic coincidence that this California writer’s first collection of stories was published by a Georgia-based literary press? Who knows? But what I am certain of is I only have to reach back to what I’ve witnessed and experienced to find the genesis for stories, and then just look and listen all around me for mood, imagery, and voice. I’m not the first to discover nature not only delivers honesty to a well-told tale, but adds punch, no matter the form or genre. Read Chandler’s opener to his short story “Red Wind” and you’ll see what I mean:

There was a desert wind blowing that night. It was one of those hot dry Santa Anas that come down through the mountain passes and curl your hair and make your nerves jump and your skin itch. On nights like that every booze party ends in a fight. Meek little wives feel the edge of the carving knife and study their husbands' necks. Anything can happen. You can even get a full glass of beer at a cocktail lounge.


Okay, now back to writing fiction. Cheers.
Posted by The Story Prize at 8:00 AM