Emma Donoghue on the Books Inside of Every Book

In the 50th in a series of posts on 2012 short story collections entered for The Story Prize, Emma Donoghue, author of Astray (Little Brown), explores intertextuality. 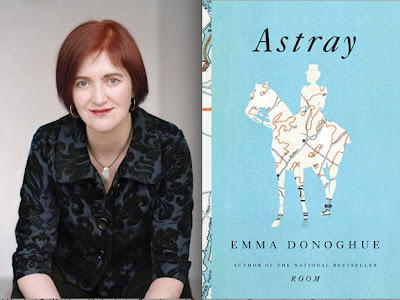 “No man is an island,” said John Donne, and no book is an island either. Your book may seem quite distinct from every other book, especially when it arrives so smartly dressed before publication day, with its hard covers and glossy jacket. But whether you know it or not—and whether you care to acknowledge it or not—your book is made up of other books, just as you’re made up of every meal you’ve had, every lover you’ve touched, every cut you’ve had and healed. We shouldn’t let our modern obsession with originality obscure the truth that our literary forebears always remembered: Books are born of books.

Sometimes that fact is flaunted right on the surface, when you quote another author in an epigraph or let one of your characters do it. I find that my characters, even if they’re not churchgoers, regularly cite or echo The Bible: It’s one of my cultural touchstones. For epigraphs, I often use texts from the oral tradition, such as ballads: There’s something lastingly powerful about words that have stood the test of centuries of time, even without the benefit of being set down in print, impressing themselves on so many people who bothered to pass them on. 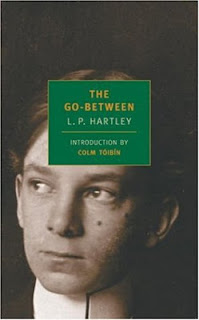 Sometimes the intertextuality is found at the deeper level of structure and theme. In my novel Room, for instance, the imprisoned boy and his mother only own ten books (and not a great ten!), which she does her best to supplement with the para-literary tradition of fairytales, nursery rhymes, and pop lyrics. But many other books were crucial to my writing of Room, so every time I see my novel praised as, say, “unique,” I remember that it’s just one in a long tradition of child’s-eye fiction that includes, for instance, passages in Lewis Carroll’s Alice in Wonderland (a book not only explicitly referenced in Room but helping to shape its world-turned-inside-out structure) as well as many novels (from L P Hartley’s The Go-Between to Roddy Doyle’s Paddy Clarke Ha Ha Ha) in which a child fails to understand the complex sexual politics of adult life. Room also owes a huge debt to the years of reading eighteenth-century fiction that I did for my PhD: Jack is a wide-eyed, deadpan guide to a Fallen world, much like Voltaire’s Candide or Swift’s Gulliver.

There are books with which Room shares subject matter (John Fowles’s The Collector, which is such a definitive postmortem of the mindset of the kidnapper that I went to great lengths to stay out of the mind of the captor in mine) and others with which it shares a method (Lionel Shriver’s We Need toTalk About Kevin, for instance, inspired me as a freakish case that illuminates the everyday experience of parenthood).  Reading Cormac McCarthy’s The Road left me with a question—if that’s a father-and-son myth, what would a mother-and-son myth look like?)—to which Room was my best answer.  Books emerge from each other, and turn back to each other, talk to each other, and sing each other’s praises, much like human beings do.

And like us, they don’t always get along. A story can be written in response to another, as a thoughtful corrective or a furious rebuttal. Many a weak novel has inspired a better one, in a spirit of I’m-going-to-tell-it-like-it-really-is. Whenever I write a same-sex love story, for instance, I’m trying to sing louder and sweeter than the centuries-long chorus of clichés about bitter and suicidal gay or lesbian characters. “Genre” fiction writers tend to be very aware of the reader’s expectations; in romance or crime fiction, there’s a sort of unwritten contract between reader and writer, and if the writer chooses to ignore one of its clauses, she had better make sure to pay attention to the others. But genre rules are just another form of intertextuality: Your reader’s sense of what makes a good crime story has probably been shaped by a lifetime of Agatha Christie, Patricia Cornwell, and Stieg Larsson.

Maybe it’s because of my academic-gone-wrong background that I tend to be extremely conscious of these intertextual relationships: Whether I’m writing (as I often do) fiction based on real events, such as the fourteen stories in my new collection Astray, or a plot I’ve invented, I tend to be hyper-aware of my sources and influences. But a writer isn’t obliged to be: Some prefer to compose their fictions in a sort of dream state, and leave it to critics to worry about the why. Either way, no book is pristine, no matter how white the pages may look when they hit the bookshops: They’ve all got each other’s grasping fingerprints all over them.