Luis Jaramillo and the Unintentional Curse

In the 62nd in a series of posts on 2012 short story collections entered for The Story Prize, Luis Jaramillo, author of The Doctor's Wife (Dzanc Books), discusses the different ways writers write. 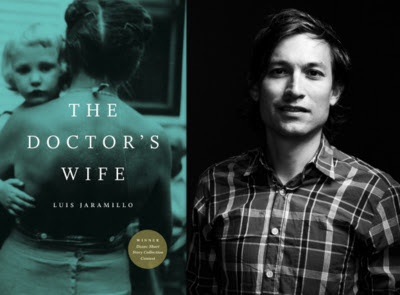 When I’m writing I usually think I’m doing it wrong, that the stuff I’m trying to serve is too thin a gruel. This feeling becomes worse when I think about Mavis Gallant’s stories like “The Moslem Wife,” or “The Remission,” long stories about money, war, and love, stories that have the weight of a novel. I’m well acquainted with jealousy and envy, but that’s not what I’m talking about here. I admire what Gallant does, and yet I also have a rock solid sense that I’m constitutionally unable to write the same sort of condensed epics.

There’s a danger in reading too much into a fiction writer’s biography, but Mavis Gallant’s story is too good to not tell. At the age of four, her parents sent her to board at a convent run by French-speaking nuns. When her father died she was told he’d taken a trip to England and would be back soon. At the age of 29, Gallant decided she wanted to be a fiction writer, full time. She quit her newspaper job and moved to Paris from Canada. She prepared three stories to send to The New Yorker, telling herself that if all three were rejected she’d give up. She received an encouraging note in response to the first one, and the second was published.

In the afterword to the story collection Paris Stories, Gallant describes a childhood marked by a split in languages—French was the language of order and English the language of her imagination. She points to this duality—of language, of sense of self—as key to the project of writing. “Some writers may just simply come into the world with overlapping vision of things seen and things as they might be seen. All have a gift for holding their breath while going on breathing: It is the basic requirement.”

I’m good at holding my breath, and though I didn’t have to go to boarding school as a toddler, I too have a claim on duality. When I was only a few days old a family friend took a look at me and declared, “Nacio para no ofender,” literally “he was born to not offend,” an unintentional curse of sorts, but meaning I looked like a 50-50 mix of my parents. My mother is of Nordic stock, and my dad’s side of the family is Mexican-American. My first word was agua, said while pointing at a fountain in Mexico City, but I consider English my mother tongue. I grew up in Salinas, California, a farming town, a deeply segregated place very attuned to the differences between white and Mexican, meaning that so was I. 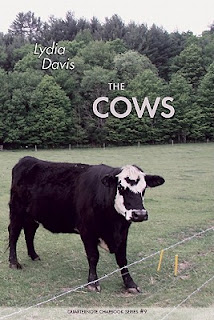 In the same afterword to Paris Stories, Gallant writes that if childhood trauma and a sense of duality were the only determining factors in someone becoming a writer, there’d be a lot more of us—practically everyone would be scribbling away. That clearly isn’t the case, and to go back to my original point, those of us that do write, write in completely different ways. I sometimes think that my style comes from having a stingy, withholding kind of personality. But the truth is I admire other people who write even more concisely, like Lydia Davis in her lovely masterpiece The Cows. The short book is made up of short observations of cows in a pasture, and yet somehow Davis writes a deeply funny book about sex, friendship, and the nature of being. I don’t think I’d have the nerve to go that small. See also Flannery O’Connor, on the opposite end of the dramatic and syntactic spectrum. I tried to write a short story like her once, to disastrous results, ending the story with a wholly unbelievable scene in which junior high school kids bury a mouse, saying a prayer over the tiny gravesite.

I first read Mavis Gallant on an airplane, flying from Portland, Oregon, to New York. I finished each story feeling like I’d eaten a whole pie, but after I closed the book and rested it on my lap for a few minutes I’d find myself opening it again, drawing the fork to my mouth in bite after delicious bite. There’s a difference between writing a story and reading a story. Reading can be an act of gourmandism—I like all sorts of foods, all sorts of books. The writing is a bit more complicated.
Posted by The Story Prize at 8:00 AM

The Story Prize is an annual book award for short story collections. The finalists for books published in 2020 are Likes by Sarah Shun-lien Bynum, The Office of Historical Corrections by Danielle Evans, and The Secret Lives of Church Ladies by Deesha Philyaw. We'll announce the winner on March 10.